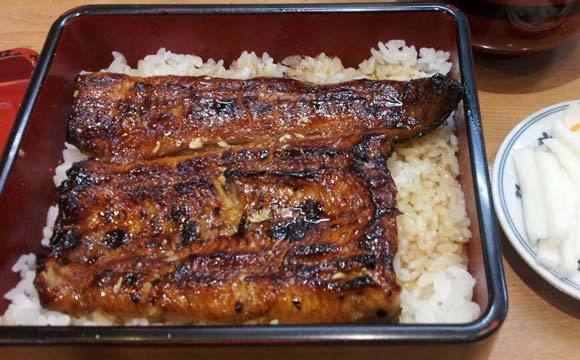 “This is the first time that all publically available data on eel production, trade and consumption in East Asia have been combined—this study marks a significant step forward in trying to unravel the complexities of the East Asian eel trade,” said Hiromi Shiraishi, a Programme Officer for TRAFFIC in Japan and a report co-author.

Eel production has steadily increased worldwide over the last 30 years, mainly because of the expansion of eel-farming, which accounted for 95% of total production in 2013, according to FAO data. Eel farming is reliant on growing out juvenile eels (“glass eels”) from wild stocks since breeding in captivity is not yet commercially viable. Most of this expansion took place in East Asian countries/territories, with mainland China alone responsible for nearly 85% of global eel production in 2013.

However, global eel production and consumption appears to have peaked and may now be going into reverse because of declining availability of wild stocks, controls on trade in glass eels, steep price increases, and changes in consumer behaviour affected by various issues including prices and food safety.

Global demand for eels of the genus Anguilla has traditionally been driven by consumption in East Asia, especially in Japan. There are wide differences between data from the FAO, which indicate that Japan’s consumption has fallen over the last decade from ~60% to 15% of global eel production, and from East Asian sources, which suggest that the Japanese still consumed 30-45% in 2012-2013.

While Japan’s role as an eel consumer appears to have declined, there has been a rising popularity in Japanese cuisine and a consequent increase in the number of Japanese restaurants offering eel dishes overseas. Meanwhile, combined trade and FAO production data from China indicate a significant increase in domestic eel consumption over the past decade, reaching an estimated 150,000 tonnes in both 2012 and 2013, although once again large data discrepancies are evident.

Historically, farming and trade in East Asia involved the Japanese Eel Anguilla japonica, native to the region. From the 1990s, with growing scarcity of A. japonica, large quantities of European Eel A. anguilla glass eels were also imported. Concerns over the impact international trade was having on A. anguilla led to trade in it being regulated through a listing in Appendix II of CITES in 2007, and in December 2010, the European Union banned all trade in A. anguilla from the EU. As a consequence the Americas and South-East Asia have become increasingly important sources of juvenile eels of other Anguilla species for farms in East Asia…