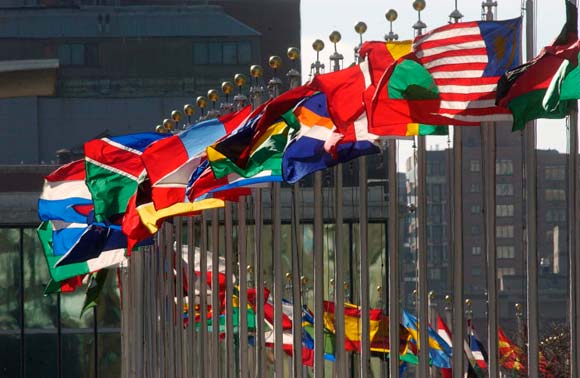 New York, USA, 30th July 2015—The 69th session of the United Nations (UN) General Assembly today adopted a resolution committing countries to step up their collective efforts to address wildlife crime and put an end to the global poaching crisis.

Resolution A/RES/69/314 on Tackling the Illicit Trafficking in Wildlife was co-sponsored by Gabon, Germany and more than 80 other nations and is the culmination of three years of diplomatic efforts.

“This is an historic day—the world has sent an unequivocal and collective signal at the highest-level that ending wildlife crime is a top priority,” said Steven Broad, Executive Director of TRAFFIC.

The UN resolution encourages countries to “adopt effective measures to prevent and counter the serious problem of crimes that have an impact on the environment, such as illicit trafficking in wildlife and wildlife products…as well as poaching.”

The resolution also recognizes the broader impacts of wildlife crime, including the undermining of good governance, the rule of law and the well-being of local communities.

In Africa, up to 30,000 elephants are killed each year for their ivory tusks. Rhino poaching in South Africa last year hit a record high, when 1,215 were killed for their horns. In Asian range States, parts of at least 1,425 Tigers were seized between 2000 and 2012. Orchestrating much of the trafficking of these and other wildlife products are highly organized criminal syndicates.

“The tables are being turned on the organized criminal gangs whose activities undermine national security and sustainable development efforts, threaten some of the world’s iconic wildlife species and put the lives of rangers and many others at risk,” said Broad.

The UN resolution also urges countries to “develop sustainable and alternative livelihoods for communities affected by illicit trafficking of wildlife”, encouraging the “full engagement of the communities in and adjacent to wildlife habitats as active partners in conservation and sustainable use.”