theguardian.com-Africa's transport blueprint may be road to ruin for flora and fauna, study says 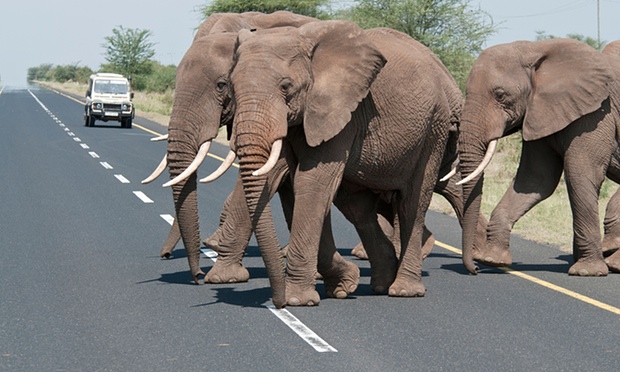 Many new road and rail ‘‘development corridors’’ planned to crisscross Africa in the name of economic development could destroy the continent’s equatorial forests and savannahs, lead to many people invading protected areas and have only limited chances of increasing agricultural production, say scientists in a new study.

If built, the 33 giant transport routes, some of which will be 3,000km-long, will open up the African interior to farming and trade and are likely to attract large-scale immigration, including legal and illegal miners, commercial agricultural interests, and people seeking newly accessible farming or grazing areas, according to the report, published in the journal Current Biology.

The danger, say scientists, is that illegal logging could devastate some of the last great forest areas, and hundreds of thousands of square kilometres of sparsely populated but biologically rich areas in east and southern Africa would be damaged irreparably.

They say: “Africa is changing faster than any continent has ever changed in human history. A key priority in the coming decades will be increasing agricultural production and efficiency to improve food security and alleviate poverty for Africa’s rapidly growing population while harnessing the unprecedented scale of foreign investments focusing on land and natural-resource exploitation.”