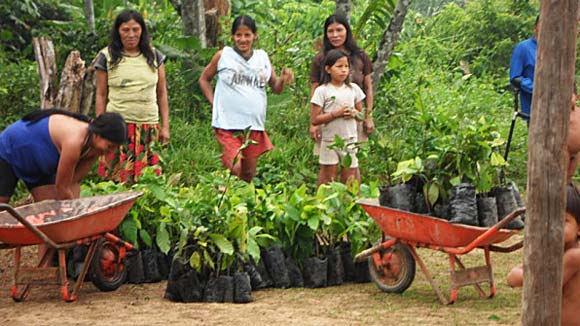 Entitled Beyond enforcement: Communities, governance, incentives and sustainable use in combating wildlife crime, the symposium looks at ways to engage those communities living side by side with the world’s wildlife, to protect key species targeted by the illegal trade while securing their own futures.

The South African Minister of Water and Environmental Affairs, Minister Edna Molewa, will open the symposium.

Media are invited to attend the closing panel discussion among high level representatives of key governments, donors, and policy-relevant institutions, reflecting on implications of symposium findings on 28th February.

Dr Rosie Cooney, Chair, IUCN CEESP/SSC Sustainable Use and Livelihoods Specialist Group said: “We are excited to have such a diverse range of fantastic examples of community-led approaches to combating wildlife crime represented here at the Beyond Enforcement symposium. They demonstrate that successful conservation of iconic species does not need to come at a human cost.”

Despite the global attention on wildlife crime, 1 the international responses to date have largely focussed on strengthening law enforcement efforts and reducing consumer demand for illegally sourced wildlife commodities. Much less emphasis has been placed on the role of the local communities who live with wildlife, or the need to include this as an important issue in the wider discussions around sustainable development.

Nick Ahlers of TRAFFIC said: “Communities play an important role in the management and sustainable use of wild resources. In light of the current poaching crisis and the associated risks posed to communities, we look forward to exploring lessons from the field on how to prevent threatened wildlife from entering the market illegally.”

The illegal wildlife trade is becoming ever more pervasive – a growing threat to human livelihoods and species conservation. In recent years it has become increasingly sophisticated and dangerous.
Current reports link it not only to organised crime but now more commonly to armed militia, this issue is now a major focus of human security, conservation and policy development.

The security threats raised by wildlife crime can mask a wider development issue. Wildlife can be a key asset for rural communities, providing a foundation for investment and economic development – for example through tourism or timber trade. Depletion of this asset as a result of illegal trade can undermine this foundation – limiting options for local and national sustainable development.

Dr Dilys Roe, Biodiversity Team Leader at the International Institute for Environment and Development (IIED) said: “We believe that efforts to tackle wildlife crime are only going to be effective in the long term if they involve the local people who live alongside wildlife.”

The symposium has been organised by the International Union for Conservation of Nature (IUCN) CEESP/SSC Sustainable Use and Livelihoods Specialist Group (SULi), International Institute of Environment and Development (IIED), Austrian Ministry of Environment, the University of Queensland / ARC Centre of Excellence for Environmental Decisions (CEED), the North West University (South Africa) – African Centre for Disaster Studies and TRAFFIC - the wildlife trade monitoring network.

The organisers hope the symposium will deliver crucial learnings for creating an inclusive approach to combating the illegal wildlife trade, allowing people to profit from activities such as wildlife tourism and sustainable use while protecting species targeted by illegal trade, rather than purely suffer the cost levied by the enforcement response to eradicating organised wildlife crime.

World leaders from over 40 countries participated in the High Level London Conference on Illegal Wildlife Trade last year, also attended by the Prince of Wales, the Duke of Cambridge and Prince Harry and collectively pledged to eradicate the market for illegal wildlife products, strengthen the legislative and enforcement response to wildlife crime, and work with communities to deliver sustainable livelihoods that also protect threatened species. 2

At the end of March 2015 a further high-level Conference on Illegal Wildlife Trade in Kasane, 3 Botswana will assess what has been achieved since adoption of the London Declaration last year, and the results of this Johannesburg symposium will be used to inform this vital discussion.