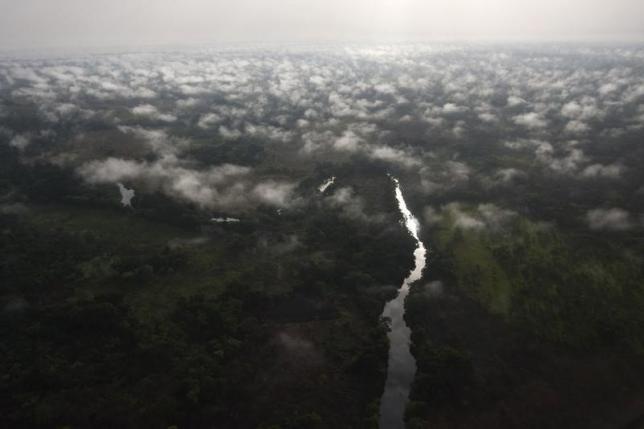 "At the end of the day, governments need to take responsibility” for forests, said Per Pharo, director of the Norwegian government’s International Climate and Forest Initiative, which has committed more than $2 billion to protect forests in countries from Indonesia to Brazil.

Norway and Britain earlier this year withdrew funding from a $186 million Congo Basin Forest Fund after finding the project’s governance “inconsistent”, and saying there was little evidence the project was effectively supporting long-term protection of the region’s forests.

Those are under increasing pressure from palm oil plantations, agricultural expansion and other development efforts.

“One lesson we’ve learned is that... unless we have an ability to establish trust, be clear on mutual expectations and be transparent and work together, (forest protection programs) don’t function. We are going to make mistakes,” said Pharo, on the sidelines of U.N. negotiations in Paris aimed at securing a new global climate change deal later this week.

Protecting forests is widely seen as one of the cheapest and most effective ways to reduce the emissions driving global warming. Loss and degradation of forests account for about 15 percent of emissions each year, conservation groups say.

But saving forests in a politically fragile region with “low-capacity project implementers and, at times, minimal political buy-in”, has been difficult, according to Marigold Norman, a researcher at the Overseas Development Institute.

In September, Norway and other donors launched a new Central African Forest Initiative (CAFI) to restart protection efforts in the Congo Basin, which has become a growing target for the expansion of palm oil plantations as available land in Indonesia dwindles.

The initiative, which has received pledges of about $250 million so far, will focus efforts on “government reforms and attacking root causes of deforestation in central Africa”, said Jens Holte, a political advisor to Norway’s Ministry of Climate and Environment.