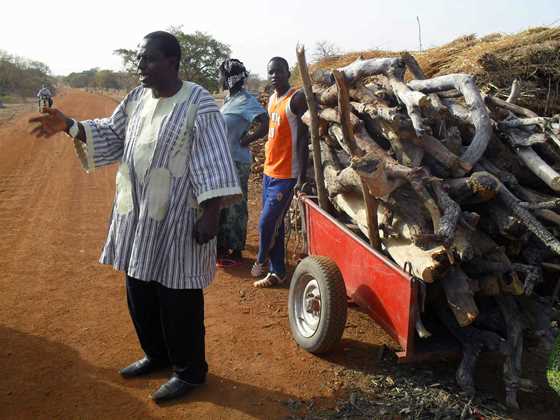 Despite their good intentions, conservation projects do not always have the desired outcomes for both the environment and local residents. But why not?  -

A recent series of papers from the Responsive Forest Governance Initiative (RFGI), funded by the Swedish International Development Cooperation Agency, a project which IUCN is implementing with the University of Illinois and the Council for the Development of Social Science Research in Africa, identifies some of the questions raised and unintended consequences of well-meaning decisions. It also offers guidance on how to improve the outcomes of future interventions. One common mistake, the research suggests, is miscalculating which project partners or sections of society to include or exclude at different phases of the project. This can turn the outcomes sour.

Take for example a recent situation in Senegal. Because issues of gender equity and community engagement are of legitimate concern in conservation and development projects, Senegal’s National Park Service chose to work exclusively with women on a mangrove conservation project in the Somone Nature Reserve. But as Researcher Coumba Dem Samb describes, upheaval about the exclusive nature of the project and the negative reaction of local leaders fragmented the local community. The women felt betrayed and the men now consider natural resource management to be ‘women’s work’. Some men even threatened to sabotage the project.

In another case from the Democratic Republic of Congo, authors Oyono and Ntungila-Nkama describe how international agencies have been working with local people to zone their lands for resource use and conservation. However, most of the meetings are through platforms created by NGOs, rather than existing governmental platforms. This left many local residents feeling disconnected and unrepresented with no effective way of influencing the official process or holding decision-makers accountable. As the authors note, “without public participation, the people cannot question their representatives and their leaders.”

In Nigeria, meetings on REDD (Reducing Emissions from Deforestation and Forest Degradation) in Cross River state avoided working with local governments and instead engaged with customary authorities and NGOs. As a result, RFGI researcher Emmanuel Nuesiri found that local interests were poorly represented in the process. He describes the impacts this had on the community in issue 46 of arborvitae, IUCN’s magazine on forest conservation.

In Ghana, researcher Emmanuel Marfo indicates that despite clear intentions in the Government of Ghana’s official documents and UN-REDD guidelines on participation, civil society and state agents dominated the REDD+ consultation process, leaving little room for the people themselves. NGOs were thought best placed to represent local people despite the people already having elected representatives. Many were dissatisfied with the way the consultation was held. Under these conditions, can consultation on an issue be considered successful?

It is better, researcher Suzanne Chomba recommends, to integrate decision making into elected local government while still requiring project-imposed checks and balances in the form of public meetings, audits and other accountability mechanisms. As a result, the communities involved would learn critical lessons on how to address their needs through elected leaders and how to hold their leaders accountable. REDD+ projects would also benefit and the path could be paved for improved governance beyond just the scope of natural resource management.

All of these reflections lead us to consider how conservation choices can impact local resource governance and sometimes have unintended, negative impacts on the environment and local participation, representation and empowerment. How we work with local stakeholders and rights-holders, who we include, and exclude, and having appropriate places for various groups to voice their concerns are all critical for both securing local rights and achieving positive conservation results.

No-one intends to have a negative impact on people as a result of their project, but as we see, it can happen at any level of intervention. This research from RFGI is important to help everyone engaging in conservation actions to learn from past mistakes and guide their decisions as they navigate the many trade-offs involved.

In addition to the papers already available, RFGI will release two handbooks later this year, sharing further insights on how to improve conservation projects and the associated outcomes.