What Effect Will National Climate Plans (INDCs) Have on Global Emissions? 5 Things to Know 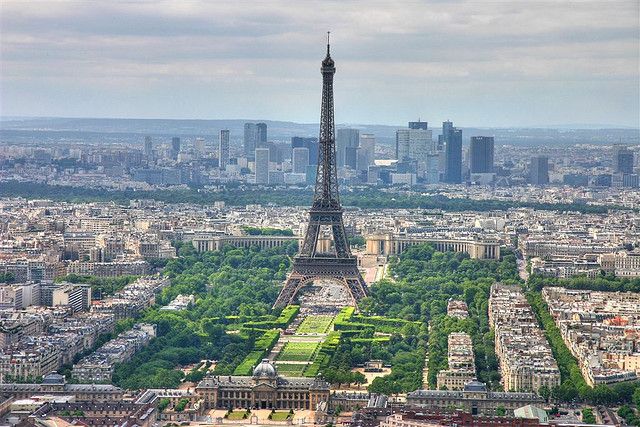 In the run-up to COP 21 in Paris, more than 150 countries have now submitted their post-2020 national climate plans, known as “intended nationally determined contributions,” or INDCs. This is an unprecedented effort, and indicates countries’ increased seriousness in how they’re addressing climate change. But what has the INDC process triggered, and how much will these plans reduce global emissions? And how do they differ from past action and planning both nationally and internationally?

The new synthesis report from the UN Framework Convention on Climate Change (UNFCCC) reveals answers to these questions and more. It finds that all countries have upped their ambition from their pre-2020 climate actions. It also finds that these climate plans are more complete and transparent than ever before. When looking at the combined effect of all of these INDCs, it finds that there is an aggregate reduction of approximately 4 GtCO2e in 2030.

Thus, there is progress, but this progress is not yet adequate to keep global average temperature rise below 2 degrees C (3.6 F). In the final weeks before Paris, this gap places great focus on the new international climate agreement itself, and what signals and provisions it can include to keep the 2 degrees C goal within sight. The Paris agreement will need to strengthen the pace and scale of the global transformation to a zero-carbon economy.

In light of the findings in the synthesis report, here are five major things to know.

This round of INDCs is far more ambitious than the climate plans countries submitted in 2010, with some major economies not only slowing emissions growth, but committing to a peak and decline of emissions. Importantly, they signal a new phase of climate policy, in which climate action is strongly rooted in domestic policies and national development and economic agendas, and aligned with country priorities.

The synthesis report finds that if countries achieve their INDCs, global emissions will be approximately 4 percent lower in 2025 and 7 percent lower in 2030 than they would have been with existing 2020 pledges, but without the INDCs. Without the INDCs, the report estimates that global emissions would be 57.7 GtCO2e in 2025 and 60.8 GtCO2e in 2030; with the INDCs, these figures fall to 55.2 Gt CO2e in 2025 and 56.7 GtCO2e in 2030. Other studies, like those by the Climate Action Tracker, Climate Interactive, the IEA, and MIT, reach similar conclusions. Compared to the synthesis report, some of them even find that the INDCs will result in more significant emissions reductions.

2) But countries still need to do more.

To limit warming to below 2 degrees C and prevent some of the worst climate impacts, however, countries will need to go further. The synthesis report estimates that with the INDCs, emissions would be 19 percent higher in 2025 than levels that would be consistent with the least-cost pathway to a 2 degree C world (8.7 Gt CO2e), and 35 percent higher (15.1 Gt CO2e) in 2030. Other studies present similar findings, indicating a substantial “gap” between where emissions are going and emissions pathways consistent with a least costly chance of limiting warming to 2 degrees C and avoiding the worst climate impacts.

If countries do not increase action prior to 2030, very steep, unprecedented rates of emissions reductions would be required later in order to achieve the 2 degrees C goal, significantly increasing costs and risks.

3) The Paris agreement can increase ambition.

The Paris agreement can send the right policy signals to countries to further reduce emissions beyond the INDCs. Governments should agree on a process for countries to scale up their emissions-reduction commitments every five years, starting in 2020. Indeed, we know that many countries already have options available to go beyond their current commitments. These five-year cycles could be coupled with a global long-term goal in the agreement framed as a certain percentage of emissions reductions that must be achieved by mid-century, the timing of a phase-out of emissions, decarbonization of the economy, and/or the timing for peaking emissions.

The additional effort resulting from strong signals in the agreement could avoid an additional 5 GtCO2e in 2030, ensuring a smoother transition to a zero-carbon economy.

For more Information, please consult:  What Effect Will National Climate Plans (INDCs) Have on Global Emissions? 5 Things to Know