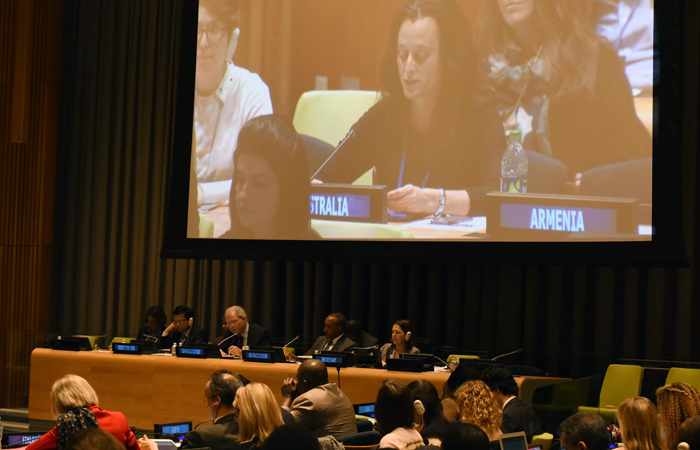 On Friday, delegates discussed how to take forward the proposed themes for the interactive dialogues at the September summit, the indicator framework, and how to deal with proposed tweaks to targets in the OWG proposal on SDGs. In their statements, many countries stressed that the OWG proposal should not be reopened, though they considered the possibility of some work limited to targets that still contained unspecified X% values.

Co-Facilitator Macharia Kamau (Kenya) introduced the Co-Facilitators’ proposal to hold a joint session of the FfD and post-2015 processes with the aim of ensuring that the work of both tracks will be “complementary and synergistic.” Delegates welcomed the proposal and discussed in detail the programme for the joint session in April. They also discussed the possibility of a draft decision on establishing a technology facilitation mechanism, as provided for in the Rio+20 Outcome Document.

Delegates also considered the interface between the UN Statistical Commission’s work to develop global indicators, and the political oversight that would be provided to that process, considering the possibility that the High-Level Political Forum (HLPF), under the auspices of the Economic and Social Council (ECOSOC), could play this role.

At the end of the day, Co-Facilitator David Donoghue (Ireland) outlined a proposed agenda for the next intergovernmental negotiation session from 21-24 April 2015, which includes a meeting with representatives of the Bretton Woods institutions, and discussion of coherence between the FfD and post-2015 outcome documents.