A video : Heart of Iron Trailer - Mining in the Congo Basin Rain Forest

In the Congo Basin, the global thirst for steel has driven iron miners into a remote forest landscape called Tridom. Heart of Iron explores the complexity of mining this rugged region that is home to Baka, Bakola, and Bantu tribes as well as a haven for gorillas, chimpanzees, and elephants. From ministers to miners, conservationists to community members, the film asks: How do we ensure that mining benefits the poor and conserves Tridom’s rich cultural and natural heritage?

Mining in the Congo Basin: Getting to the Heart of the Challenges 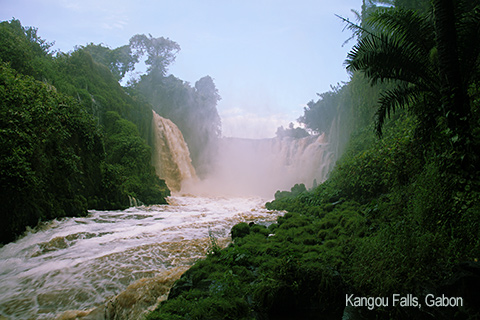 Film is a powerful tool for explaining environmental issues. I first learnt this lesson while trying to enlist local communities in northern Vietnam to help protect a strange blue faced and critically endangered primate called the Tonkin Snub Nosed Monkey. After a morning spent bombarding local leaders with facts and figures, they were polite but unmoved.

I then screened a short film of the monkeys living in the forest bordering their villages. Footage of these potbellied, colorful animals leaping through trees caused eyes to light up, questions to be asked, and eventually, the community leader stood up and declared that they would do everything they could to help us protect them.

In Central Africa, WWF and the World Bank have produced a film to help broaden understanding of the environmental impacts of planned mines in the Congo Basin. Heart of Iron: Mining in the Congo Basin Rainforest explores plans to mine iron ore in Tridom (Tri-national Dja-Odzala-Minkébé) - a vast forest landscape between Cameroon, Gabon, and the Republic of Congo. The film highlights the potential benefits and risks of mining in a region that is home to Baka and Bakola pygmy and Bantu tribes, whose way of life is closely tied to the natural environment. 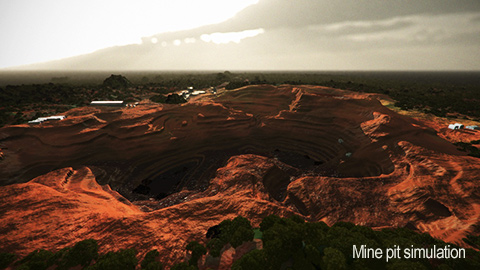 It also reveals the area’s abundant wildlife, including gorillas, chimpanzees, and elephants, and their forest habitat, underlining the importance of close coordination among stakeholders, including local communities as well as the World Bank, WWF, government and private sector. All share an interest in aligning efforts to ensure that mining is done in a sustainable, responsible way, and with clear benefits for the communities affected by these projects.

Developing Tridom’s world class iron deposits will result in the influx of thousands of laborers and require railways and deep sea ports to transport iron ore to markets, principally to Asia. Information about these projects remained locked in lengthy environmental impact assessments (EIAs), which are typically full of complex, technical terms that for the layman may as well be written in hieroglyphics. Deciphering these enigmatic documents – when they are available at all - is costly for NGOs and others. This leaves many assessments poorly understood and restricts the free, prior, and informed consent of surrounding communities – essential for effective planning of this type of mega projects.

Please consult the Full Article under the following Link : Mining in the Congo Basin: Getting to the Heart of the Challenges

WWF : Mining in the Green Heart of Africa

The soils of the Congo Basin contain very important mineral resources, including oil, iron, copper, manganese, uranium as well as diamonds and gold. These resources provide significant revenues for the region’s countries.

The impact of mining on the Congo Basin is growing. High mineral prices and demand (especially from China) are encouraging the development of mineral deposits, including some previously unviable. And companies are increasingly willing to invest substantial resources into developing mineral fields. In order for these projects to be viable, they need to be accompanied by major infrastructure constructions, such as roads, railway lines and power stations.