Getting the prices right 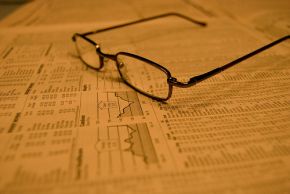 While price remains important and central, let's also include ecological elements in the price system.  Prices continue to be at the centre of how economies work. Whatever the institutional arrangements and the messages coming from governments, whether something is expensive or cheap, will still be a large part of what counts, with both consumers and businesses.

Seriously promoting a process of good transition to a green economy therefore has to involve intervention in the price system, with the deliberate aim of changing the prices charged in the market.

To some people, this will be anathema because they see it as interfering with the efficiency created by simply letting market forces operate. However, this is to forget that markets operate within a social and legal context. This is not simply because of the degree of stability created by state enforcement of contracts and the maintenance of currencies. It is also because prices charged depend partly on supply, and what different people and organisations can supply depends on what they own and on what they need to own in order to make and supply a product.

Now suppose the property necessary to supply a product changes. For example, instead of fossil fuels alone being required, the introduction of a system of carbon emissions permits brings in a new type of property required to make and supply a product, in addition to the fossil fuels themselves. The permits have to be paid for, and the product becomes more expensive. That principle could be taken further: for example, permits might be required for economic activity which causes ecosystem deterioration in coral reefs, mangroves, forests. Firms will be paying for things they didn't have to pay for before.

When slaves were freed and the work they did was no longer free but paid for, that didn't prevent market forces from operating. It turned something free into something that had a price. It was a fuller operation of market forces. In the same way, many environmental arguments now point to the need to turn some things which were previously free, into goods and services which should be paid for. This was the main message of a recent Economics of Ecosystems and Biodiversity (TEEB) study.

It would be wrong to be dogmatic about this, which is a tendency in some of the academic environmental economics literature. To say that price has a role to play doesn't mean that there won't also be a role for other types of policy instruments, such as an outright ban on certain things which are particularly damaging. And to say that something, wildlife for example, is valuable in monetary terms doesn't mean it isn't also valuable in other ways too – for its beauty or for its own sake.

Nor should we think of the prices which will emerge from trading systems for emissions permits or ecosystem services as having to correspond exactly to what a cost-benefit analysis calculation would come up with: other factors are involved, such as public acceptability and what is possible politically.