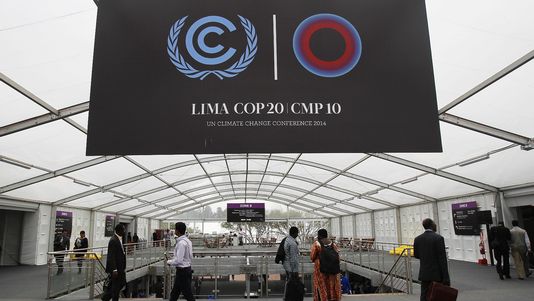 Lima, Peru, 9 December 2014 – The Governments of Australia and Belgium today joined other nations in pledging to the Green Climate Fund, committing AU$ 200 million (Australia) and EUR 51.7 million (Belgium) to the Fund, respectively.

The announcements were made at the High‐level Ministerial Session on Climate Finance that was held at COP20 in Lima, bringing total pledges of contributions to the Fund to approximately US$ 10.14 billion equivalent. This amount includes all pledges made by 24 countries since GCF’s initial resource mobilization efforts started in July this year.

"The USD 10 billion threshold reached here at COP20 is a landmark achievement,” said Hela  Cheikhrouhou, Executive Director of the Fund. “I warmly welcome the new pledges from Belgium and Australia and congratulate them for their leadership,” she said, thanking them also for their active role on the Board of the Fund.

Belgian Deputy Prime Minister and Minister of Development Cooperation Alexander De Croo said that “through the Green Climate Fund, we are helping developing countries to also ensure sustainability of their economic growth path."

“The Green Climate Fund continues to call upon countries that are able and willing to come forward and invest in the Fund. We equally call upon developing countries to take urgent actions to access the Fund in the coming months," said Cheikhrouhou.

For more Information, please consult the Official website of the Green Carbone Fund