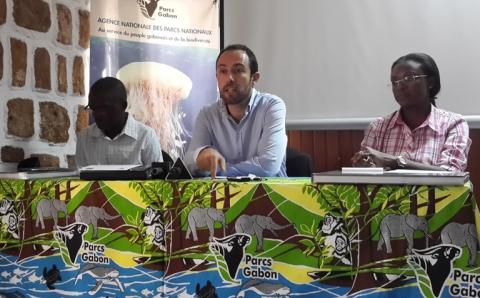 The European Union (EU) has awarded Gabon 10 billion CFAF in funding to bolster the management of its 13 national parks, which cover 11% of the country’s territory, according to an announcement at a press conference Monday in Libreville, by the Head of the Management Department at the National Parks Agency (ANPN), Jean Baptiste Squarcini.

The funds will go to equip eco-guard aircrafts with high performance hardware to ease data collection and help combat poaching. The package will also serve to "fund 375 hours in additional overflights per year," Mr Squarcini said. The overflights will deliver quick assessment of threats to wildlife in national parks.

According to the ANPN, the riverine populations living in the vicinity of national parks will be engaged in the project.  Advisory Committees on Local Management of National Parks (CCGL) will be established. There will be a committee representing the Tridom, a cluster of three national parks namely Minkebe, Mwangna, Ivindo (Northern gabon). Also included will be the Chaillu Committee which groups the Lope, waka, Mount Birogou and Bateke Plateaux parks.

The funding will zoom in on eco-tourism development to enhance local community engagement in sustainable park management. The Lope national park in Ogooue Ivindo province (North-East) which has been classified a UNESCO world heritage site will be provide the platform for the pilot project. An urban master plan will be drawn up for the Lopé village. The aim is to draw close to 1,000 tourists per year, thanks to the funds.

‘The idea is for Lopé village to develop at a dimension commensurate with the rise of tourism in Lopé national park’ Mr Squarcini said at the press conference which was graced by the presence (right) of Carine Mboumba, the EU’s Press and Information Secretary. Lopé village has around 1,000 inhabitants.