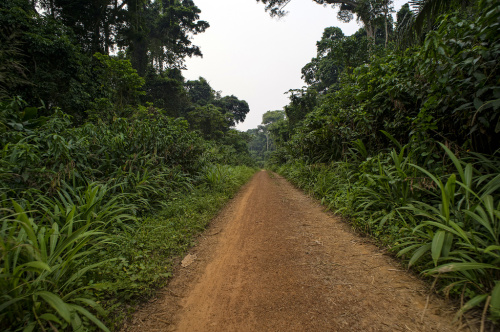 Deforestation in Central Africa’s Congo Basin is lower than the average rate across Africa — but that is not likely to hold true for long, according to two recent papers that enable a better understanding of past trends while looking to the future.

On a historical basis, Mayaux et al. observed that the annual net deforestation rate in the Congo Basin during 2000-2010 was 0.1 percent, against 0.16 percent in 1990-2000. This reduction is low, compared with the average net annual deforestation throughout Africa, which fell by half — 0.28 percent to 0.14 percent — over the same periods.

What will the future of forests look like in the Congo Basin?

In the second report, The World Bank found four key reasons why deforestation in Central Africa is comparatively low: Road transport networks are sparse and poorly maintained; abundant mining resources remain largely untapped; wood-based energy is the largest share of the energy portfolio, but per capita charcoal consumption is low; and the agricultural sector has been neglected and underfunded.

But things are changing in the region, due in part to the global market. According to the Bank, the Congo Basin’s population is set to double between 2000 and 2030, when 170 million people will need food, energy, shelter and employment in the region. Moreover, the countries of this region are likely to enter a new development cycle with more exposure to the international market, with global economic factors driving more investment in the Congo Basin.

Taken together, the two publications indicate that the future of the region’s forests is not so bright. While each of the sectors studied by the Bank had a potential impact on the forest, road infrastructure seems to be the one most associated with deforestation. But, according to Mayaux et al., “a complete ban on road building would significantly reduce the development prospects of many remote areas.” This is where planning and law enforcement may play a role in avoiding deforestation and degradation, especially as urbanization drives greater demand for wood energy, and as regional stability makes mining more attractive — and more profitable.

According to the Bank, changes in the agricultural sector will be associated with (i) national/regional/international demand of agricultural products, (ii) the suitability/availability/accessibility of land, (iii) the potential to increase productivity and (iv) water availability, as other parts of the world experience water scarcity, etc.

The Bank sees REDD+ as having the potential to provide resources to help the countries of the Congo Basin protect their forests, among a list of “no-regret” possibilities for measures to ensure a brighter future for the forest. Increased deforestation, meanwhile, will have a negative impact on services provided by the Congo Basin, such as biodiversity conservation, water cycling, and climate change mitigation/adaptation.