ARD-Conflict Timber: Dimensions of the Problem in Asia and Africa 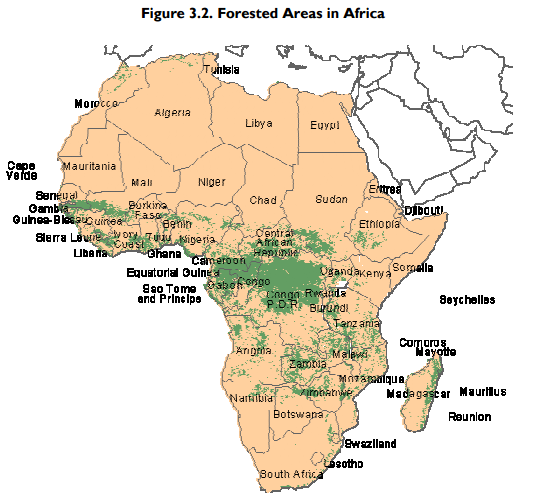 Conflict timber—conflict financed or sustained through the harvest and sale of timber (Type 1), or conflict emerging as a result of competition over timber or other forest resources (Type 2)—poses serious problems in many countries in Asia and Africa. While forest resources, particularly timber, are far from the only commodities that spark or finance conflicts, they have certainly played a considerable role in sustaining many conflicts in these regions.

This diagnostic analysis of Conflict Timber: Dimensions of the Problem in Asia and Africa, jointly commissioned by USAID/DCHA/OTI and USAID/ANE/TS, was designed in response to the growing recognition of the connection between forests, logging and conflict. The primary objective of the analysis was to provide a comprehensive examination of the economic, ecological, political, social and security dimensions of conflict timber in both Asia and Africa. In addition, the Team was also asked to conduct the analysis in a way that would broaden and deepen the understanding of conflict timber within USAID.

The Conflict Timber Task Order was implemented in two phases. Phase I focused on gathering, reviewing and analyzing a broad range of information on conflict timber incidents from across Asia and Africa. To begin characterizing the magnitude and dimensions of the problem at the global and regional scales, country-level conflict timber profiles were developed for 15 countries from Asia and Africa. To develop these profiles, the Team processed information on conflict timber from a range of sources (e.g., official and nongovernmental organization [NGO] reports, newspaper accounts, interviews with key informants and stakeholders within the US government/United Nations [UN] agencies/international finance institutions/NGOs, etc.).

The results of Phase I documented a broad range of Type 1 and Type 2 conflict timber incidents, in both Indonesia and the Democratic Republic of the Congo (DRC). As the two countries shared certain other similarities, i.e., large size, serious governance problems, ongoing insurgencies or, in the DRC case, a long-running civil war, the team decided to focus on these two countries for the in-depth country case studies comprising Phase II...