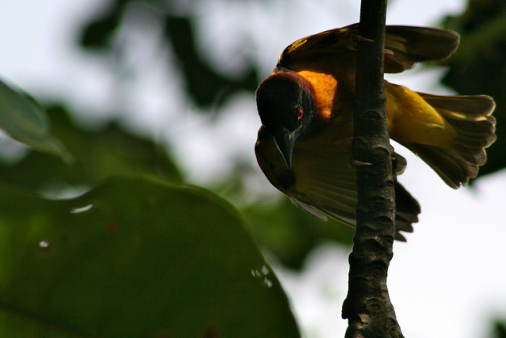 Editor’s Note: A version of this article was published in the newsletter of the Beahrs Environmental Leadership Program of the University of California-Berkeley.

Forest biodiversity conservation has been the main environmental priority in central Africa. The bonds between the Convention on Biological Diversity (CBD) and the United Nations Framework Convention on Climate Change (UNFCCC) seem to be strong with REDD+ (Reducing Emissions from Deforestation and forest Degradation). Some of the Aichi targets (5, 7, 11 & 15) of the CBD and the environmental safeguards of REDD+ (UNFCCC) are good links between the two conventions. REDD+ has thus emerged as one way for biodiversity conservation in the Congo Basin.

Adaptation to climate change, which seems to be closer to the development of communities, did not receive the same attention as REDD+ in the UNFCCC priorities in the region. With the support of the African Development Bank (ADB) and the Economic Community of Central African States (CEEAC/ECCAS), CIFOR and partners are implementing a project on synergy between adaptation and mitigation. After the Congo Basin and Climate Change Adaptation (COFCAA), this is one of the few regional projects on adaptation in the Congo Basin.

Rural development free from stressors such as climate change is supposed to be associated with biodiversity management, with the perspective of achieving conservation goals inside and outside protected areas. Application of the two conventions is not happening in a vacuum. Activities carried out in these conventions through the forest sector are in one way or another links to the development process targeted by countries of the region. Countries of the Congo Basin are envisioning themselves as emergent economies in one or two decades.

Using the Rio 92 (and following Earth Summits) perspectives constructed generally around socio-economic and ecological targets, it is evident that the agenda is incomplete in the Congo Basin. The Congo Basin is currently characterized by the co-existence of important biodiversity hot spots; high forest carbon stocks; conflict and post-conflict realities; important proportions of poor, unnourished, unhealthy and climatically vulnerable communities living in remote areas with few connections to modern sources of energy, etc.

Contrary to perceptions in the developed world, development and conservation have been perceived as antagonists in developing countries. Forest and intensive agricultural production seem to be incompatible. According to a recent World Bank report, some of the conditions (remoteness, low funding and investment in the agricultural sector, low mining exploitation, low energy consumption per household, etc.) that contributed to keeping biodiversity and forest carbon stock in central Africa will change in the near future, with the chance to increase deforestation. Without a strong will and a transformative change in looking outside the biodiversity sector for the means to save it, current efforts may be in vain. It is difficult to think that the Congo Basin will be saved in the way the CBD and UNFCCC are implemented.

The heads of state summit of the Congo Basin in March 1999 produced the Yaoundé Declaration, translated by the Central Africa Forest Commission (COMIFAC) in July 2004 into a 10-year plan for conservation and sustainable management of the ecosystem of Central Africa. Within the Economic Community of Central African States (CEEAC/ECCAS), the forest sector is probably one of the most organized through COMIFAC, with the Congo Basin Forest Partnership (CBFP) as a platform, and with all partners interested in the sector.

The current U.S. facilitation will probably help to revisit the current 10-year biodiversity plan and have another heads of state summit to review the Yaoundé declaration. President Barack Obama, who will receive in Washington his peers from the region in August for the U.S.-Africa Leaders Summit, has in the past been willing to help reduce deforestation in the Congo Basin.

Beside other initiatives, the summits to come (in Washington and in the Congo Basin) represent good opportunities to move the agenda beyond just biodiversity. Those summits can give chances for sustainable development to become realities in this part of the world. The dream is to see forestry (conservation, industrial and smallholder loggings, plantations), industries (agro-industries, mining, etc.) and smallholder activities (agriculture, non-wood forest products management, etc.) not only co-existing, but blooming together in Africa.

For more information and the Full Article, please consult the Following link:  Sustainable development in the Congo Basin: Moving beyond the biodiversity agenda