CIFOR-Creating centres of excellence for climate change research in Africa 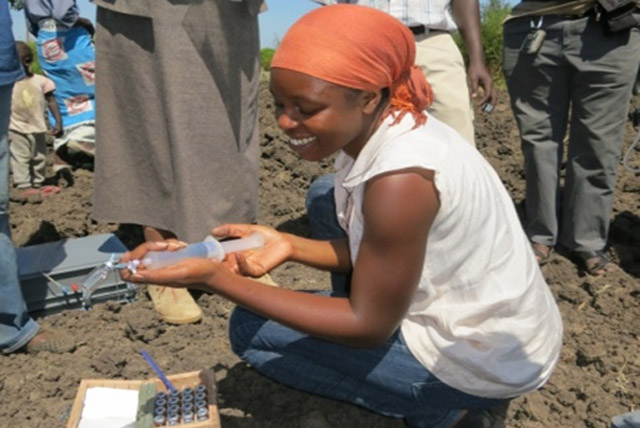 YAOUNDE, Cameroon. The Congo Basin – covering 227 million hectares in Central Africa – is home to the second largest expanse of tropical forest on the planet, a veritable treasure trove of biodiversity and vital in global efforts to tackle climate change. Its potential for mitigating climate change is enormous, storing as it does an estimated 30 billion tonnes of carbon.

It’s almost impossible to overstate the value of the forests in the six countries of the Congo Basin. They directly support the livelihoods of 60 million people, providing them with a source of fuel, food, medicines and shelter and acting as a safety net during crises and emergencies.

And while deforestation rates are still relatively low in the Congo Basin region as a whole (about 0.17% annually between 2000 and 2005), this is not likely to hold true for long. Scientists predict that the drivers of deforestation are all set to grow, including rising demands for fuel wood extraction around large urban areas, increasing populations, more logging in rural areas and thus more conversion of forest to agricultural land, and shifting cultivation leading to forest degradation and fragmentation.

Add to this that the predicted negative impacts of climate change, which bring economic, social and environmental losses from which the people of the region will not be spared. In recent years, investments have been made to try to establish programs in the region to reduce emissions through deforestation and forest degradation (REDD+), but it is too soon to assess how successful those will be.

According to the World Bank, the Congo Basin’s population is set to double between 2000 and 2030, when 170 million people will need food, energy, shelter and employment in the region. It is also likely to enter a new development cycle with more exposure to the international market, and global economic factors driving more investment in the Congo Basin.

Knowing how all of this will affect the region – its forests, greenhouse gas emissions, its people, their livelihoods and their vulnerability to climate change – has never been more urgent.

The problem has been, however, that there was no environmental research facility and very little research capacity in the region capable of handling the kinds of complex data collection and analysis required for biophysical and bio-geochemical research on climate change. In Central Africa there was simply no lab with equipment that would allow researchers to assess environmental impacts of different land uses by analyzing soil samples or measuring greenhouse gas emissions from forests, degraded forests, and different agricultural lands. Nor was there technical expertise required to run such sophisticated equipment.

Fortunately, that is no longer the case. The Congo Basin can now boast its own centre of excellence for climate change research, thanks to some unique collaboration involving a host of international research partners and some state-of-the-art German expertise and equipment.

In 2014, with financial support from the Center for International Forestry Research (CIFOR),Germany’s Karlsruhe Institute of Technology (KIT) established a greenhouse gas laboratory in the Cameroonian capital, Yaoundé. The new facility, the first of its kind in the region, is hosted by CIFOR’s sister CGIAR centre and KIT partner, the International Institute of Tropical Agriculture (IITA), all of whom cooperate closely and exchange expertise in soil analysis with Cameroon’s University of Dschang.

In addition to setting up the lab and offering guidance on the fieldwork design, KIT also provides expertise on the use of the sophisticated greenhouse gas flux measurement equipment and trains local staff.

In this way, the lab ensures not just successful technology transfer, but also doubles as a training facility, a place where the next generation of environmental scientists and technicians from the region can hone their skills and build their capacity for environmental and climate change research.

A research team comprising CIFOR scientists, students and faculty from the University of Dschang and KIT, are now taking full advantage of the high-tech lab to study how conversion of forest to agriculture in the Congo Basin increases greenhouse gas emissions. This is something completely new in the region. While there have been some preliminary studies to assess how different land uses affect carbon stocks, none has looked at how soil management practises and the nature of land cover and use affect greenhouse gas emissions.

“This is ground-breaking research that would simply not have been possible without this new lab,” said CIFOR’s Denis Sonwa, who leads the project, which is a key component in CIFOR’s Global Comparative Study on REDD+.

Given the aim to intensify agriculture and increase food production in the region, CIFOR and its partners deem it extremely important to explore ways to address the integrated issues of forest conversion, sustainable agricultural intensification and soil greenhouse gas emissions in the Congo Basin.

“Our work on greenhouse gas fluxes, soil and water analysis provides us with results that have two important applications,” said KIT senior scientist Michael Dannenmann, who coordinated the setup of the new laboratory. “First, we are able to quantify the effects that deforestation has on greenhouse gas emissions. But we are also able to identify management options for the region that could increase crop yields at minimized environmental costs.”

According to CIFOR senior scientist Mariana Rufino, this facility – and the research it makes possible – is important far beyond the borders of Cameroon and even the Congo Region itself.

“Because the forests of the Central African region are so important for the climate system,” she said, “this research is important for the whole planet. Until now, there has been no way to collect the data needed to make good decisions on the management of the forests, no way to assess the impact that losing the forest has on our climate.”

A small first step, leading to other bigger ones

The Yaoundé lab is not meant to be a stand-alone facility. CIFOR, KIT and its partners are working together to realize a larger, far-sighted plan to develop a network of expertise and facilities that can help build climate change research capacity across Africa and strengthen cooperation among African countries.

So the lab in Cameroon complements the work of a larger centre of excellence for environmental research that has been set up in Kenya. This Mazingira Center as it is called — mazingira is Kiswahili for “environment”— is the first of its kind in East Africa.

Located on the Nairobi campus of the International Livestock Research Institute (ILRI), a CIFOR partner and another of CIFOR’s CGIAR sister centres, the Mazingira Centre provides researchers working on land use and climate change with the equipment they need to analyze the fluxes in greenhouse gas emissions from soils and the hydrological data they collect in and around Kenya’s valuable — but much threatened — Mau Forest complex.

“These labs and research projects are small first steps,” said Rufino. “They allow scientists in Africa to collect the data needed by governments to recognize the importance of land use change and what it means for climate change so they can make sound decisions and policies. So yes, these may be only first steps, but they are important first steps.”