Burundi’s highest authorities take ownership of COMIFAC and the CBFP: CBFP Facilitator meets His Excellency Pierre Nkurunziza, President of the Republic of Burundi 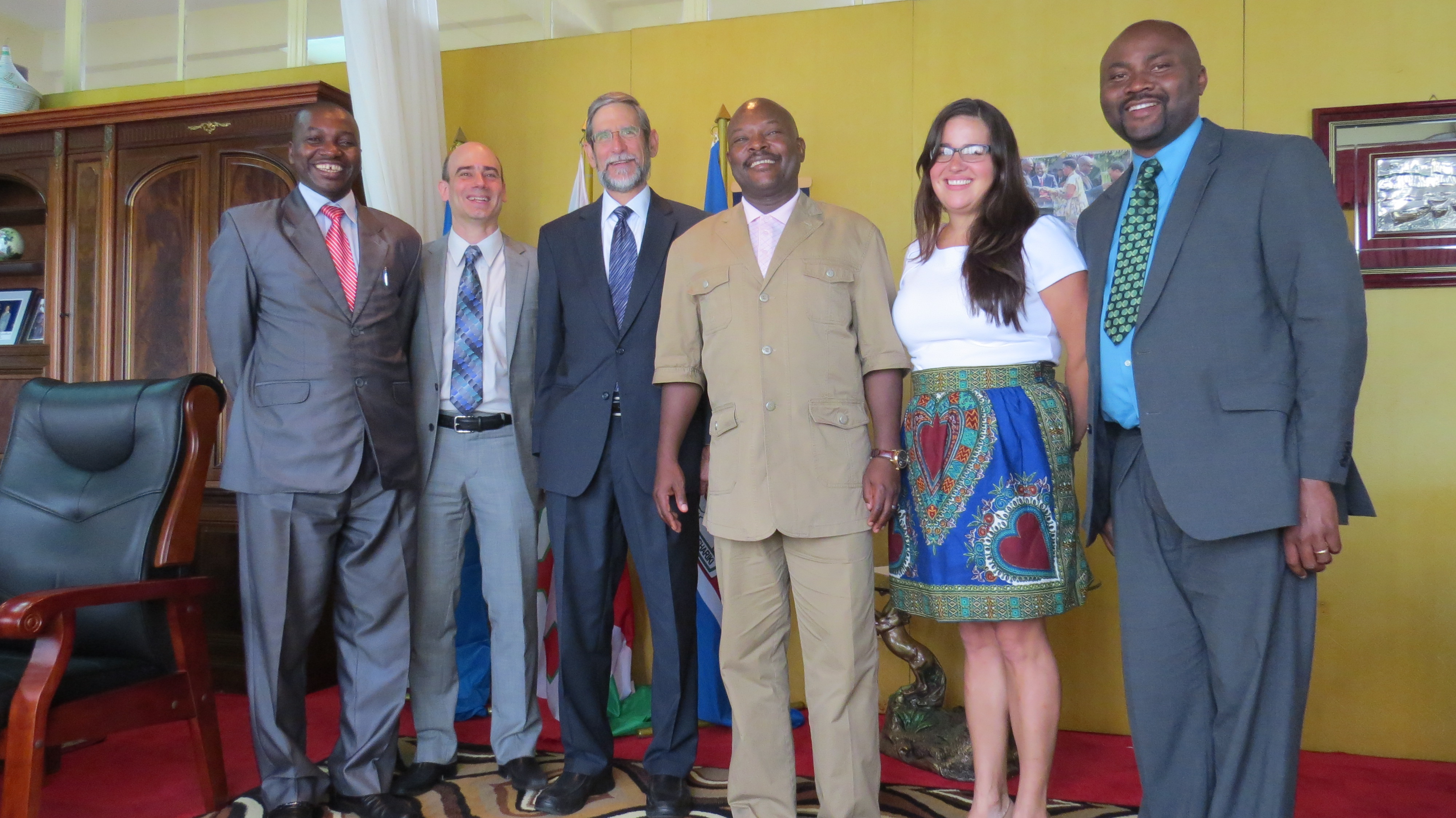 "Burundi is a small country with a big heart and plenty of goodwill ... We are prepared to take on the rotating Presidency of the Central African Forest Commission as provided in Article 11 of the Treaty Establishing the COMIFAC ... "His Excellency Ambassador Albert Shingiro, Permanent Secretary of the Ministry of Foreign Affairs and International Cooperation of Burundi. 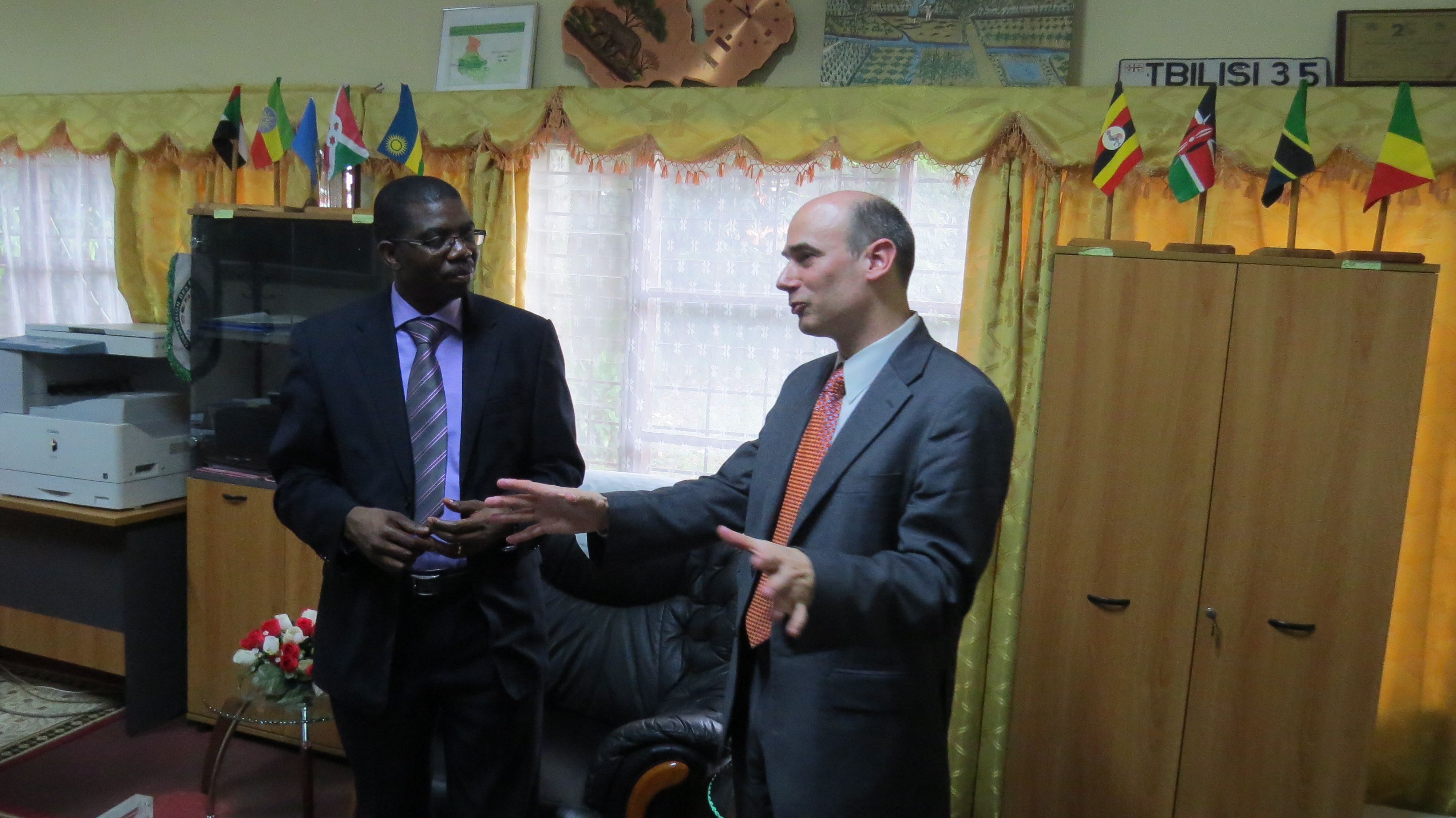 They discussed a number of issues including among others, sustainable management, biodiversity conservation, climate change mitigation, national ownership of the COMIFAC and the challenges facing the next COMIFAC chair within the CBFP. The visit ended with a group photo taken under the guidance of the Deputy Chief of Protocol of the Presidency of the Republic of Burundi.

Another highlight of the visit to Burundi was the CBFP Facilitator’s encounter with His Excellency Ir NDUWAYO Jean Claude, the Burundian Minister of Water, Environment, Spatial Planning and Urbanism on 17 March 2014. In lively talks, the two men discusssed COMIFAC and the CBFP, focusing on the prospect of Burundi taking on the next term of COMIFAC Presidency. His Excellency Ir NDUWAYO Jean Claude and the CBFP Facilitation team equally held productive working sessions with His Excellency Abdallah Tabu Manirakiza, Minister of Finance and Economic Development Planning of Burundi as well as His Excellency Ambassador Albert Shingiro, Permanent Secretary of the Ministry of Foreign Affairs and International Cooperation of Burundi.

To crown this very rewarding stay, the facilitator and his team took part in the celebration of the International Day of forests, after which he gave a press conference with Ir NDUWAYO Excellency Jean Claude, Minister of Water, Environment, Spatial Planning and Urban Development in Burundi.

Aside from this meeting-laden schedule, the Facilitator and his delegation took part in an excursion and field visit to the Kibira National Park which enlivened his stay in Burundi earth. Nesting on the Congo- Nile crest with 40,000 hectares of conserved forest, the park is the largest still intact natural area in Burundi. It resembles the Nyungwe forest in Rwanda from which it branches out.

Endowed with rich vegetation, the park is home to several families of chimpanzees, baboons, vervet monkeys and black colobus, scuttling around in all directions upon the arrival of visitors, defying all the laws of equilibrium.  It has 180 km of paths allowing motorized forest monitoring and easy access for tourists. Guided by park rangers, the visitor can go deep into the dark woods and admire the primary forest’s beauty from inside, accompanied throughout his walk by the enchanting chirping of birds. 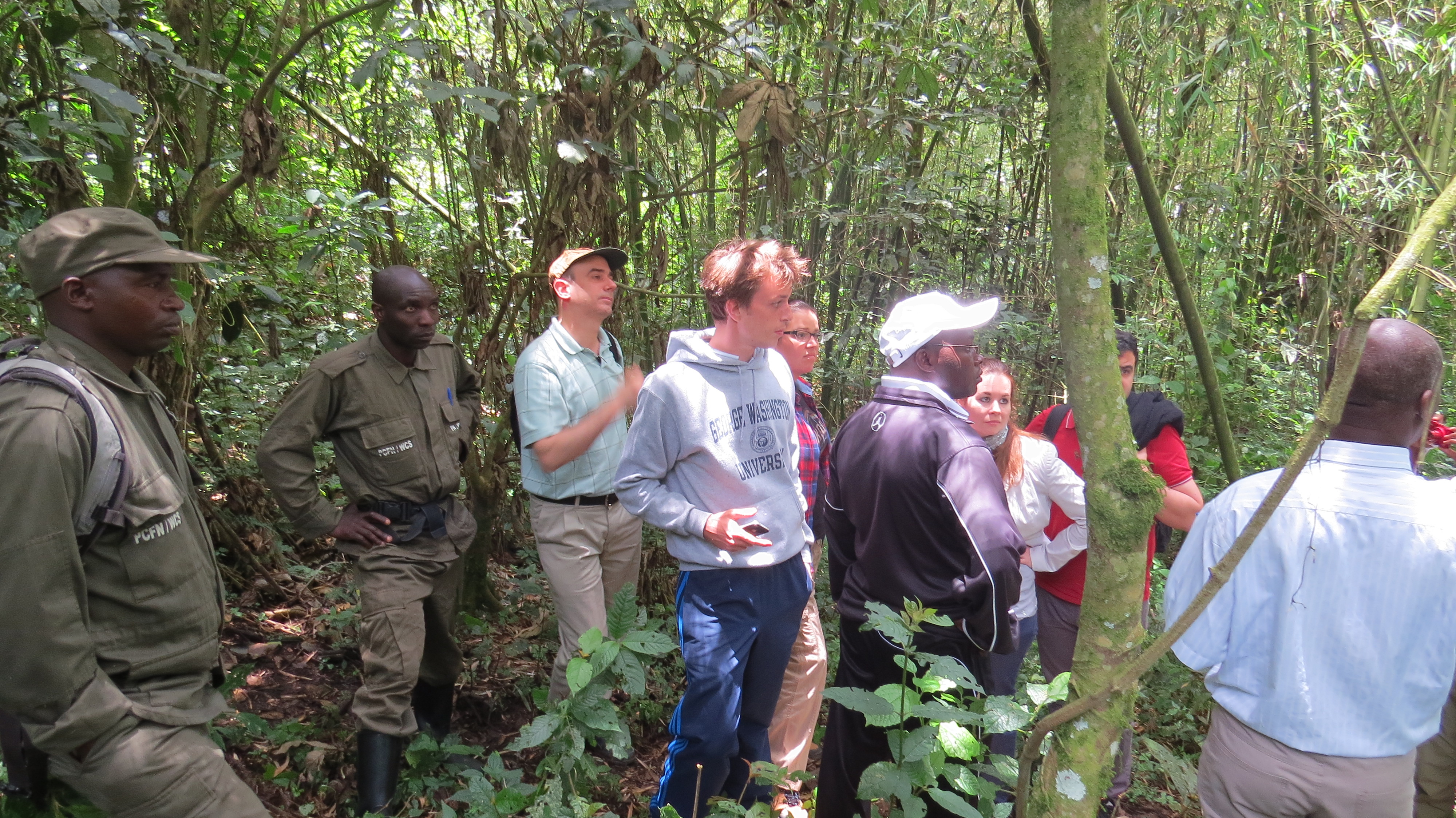 The inner forest is also home to a thermal spring. The park can be accessed through the vast tea plantations of Teza and Rwegura which offer a beautiful view in themselves. Read more ... - It spans the Muramvya , Kayanza , Cibitoke and Bubanza provinces at an altitude of 1,600 to 2,600 m. The Kibira National Park is an African montane forest comprising three surviving forested areas and a diverse ecosystem. Many rivers have their sources in this park which plays an important role from the Congo and Nile river basins to the Mediterranean and the Atlantic Ocean. It equally plays a key role in hydrological balance and protecting soils from erosion. Read more ...

Photographs from top to Bottom:

2) The Facilitator and the Burundian Minister of the Environment

3) The Facilitator in the Kibira National Park