When people benefit from wildlife, they will protect and defend their wildlife. And Africans do benefit from their wildlife, if tourism numbers are any indication: According to a 2013 World Bank report, “Tourism in Africa: Harnessing Tourism for Improved Growth and Livelihoods,” tourism contributed nearly 3 percent—about US$36 billion—to the GDP of sub-Saharan Africa in 2012. With Africa’s share of the global tourism market having increased from 3 percent in 1980 to 5 percent in 2010, the continent could soon be edging out other international tourism hotspots as a must-visit destination.

Poaching threatens this future, however. Wildlife is a key tourism draw, but currently about 35,000 elephants are being killed each year in Africa. As 2013 drew to a close, more than 800 rhinos were poached in South Africa. 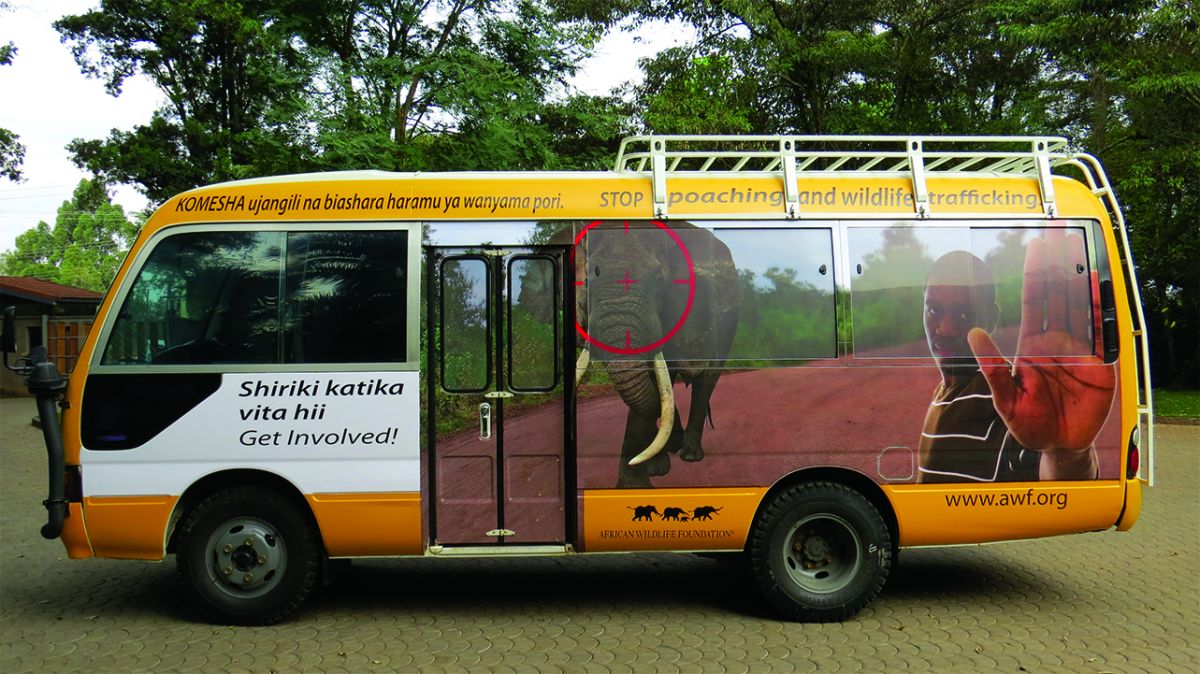 AWF is thus launching “African Voices for Wildlife,” a pan-African call to arms for Africans from all walks of life to end the senseless slaughter of elephants, rhinos, and other endangered wildlife. From heads of state to local farmers, the campaign will give Africans the chance to take ownership of the anti-poaching message and be an active part of wildlife conservation discussions—and decisions.

“In the history of conservation, the African voice has never been heard,” observed Beatrice Karanja, awareness campaign manager for AWF and herself a Kenyan. “Tourism is No. 1, 2, or 3 of the GDP for many African countries. Africans should care about elephants and rhinos being killed. We cannot let our iconic species disappear on our watch. ”

Karanja added, “Yes, poaching affects the park warden, but it’s other sectors of society, too. There’s the mechanic who fixes tour buses; the woman growing tomatoes for a nearby hotel. Their livelihoods are gone if wildlife disappears.”

The campaign will be a multi-faceted campaign that will use media – digital and mainstream, advertisements, policy and advocacy strategies to amplify the African Voice and place in at the core of the conversation on conservation.

“ As we move towards the launch of the campaign, I urge the people of Africa to take a stand and add their own voice to the defense of one of Africa’s most important natural resources, its wildlife,” said Karanja.