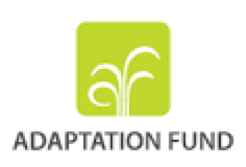 The level of resource mobilization by Central African countries within financial mechanisms (multilateral) remains "low" compared with those of South America and Southeast Asia. COP 21 offers these countries a great opportunity to take advantage of financial offers available at international level within the framework of climate finance.

Click here for the full view of the calendar: Adaptation Fund

Paris, France (December 9, 2015) – Following a pledge from Sweden during the opening session of the Climate Conference in Paris last week, the Adaptation Fund received three additional boosts from other contributor countries on December 8 recognizing the Fund’s pivotal role in financing concrete adaptation and resilience projects in the most vulnerable countries. Germany announced a major new pledge of 50 million euros (US$54.5M) for the Fund in 2015 and contributions of 2 million euros (US$2.2M) were also received from first-time Fund donor Italy, as well as 1 million (US$1.1M) from the Belgian region of Wallonia. Find out more...