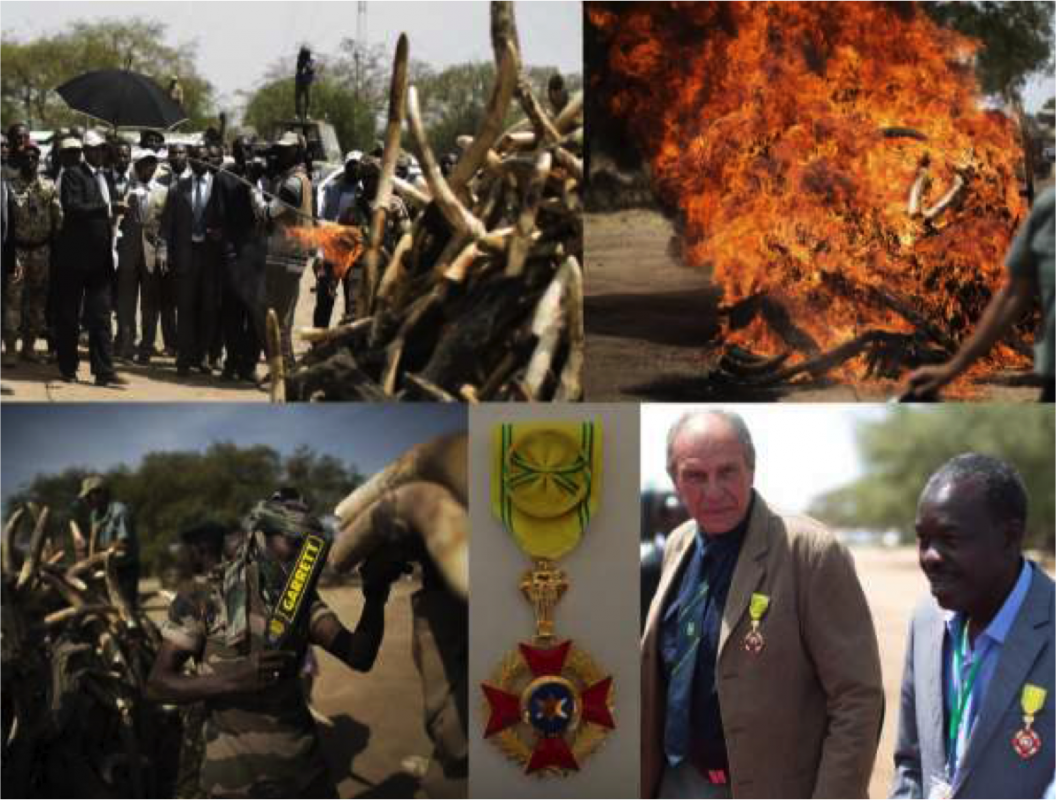 Rian Labuschagne was awarded l’Ordre d’Officier and Babakar Matar Breme l’Ordre de Chevalier in acknowledgement of their conservation achievements at Zakouma under African Parks. African Parks’ country director Gilles Desesquelles, former head of the European Union in Chad, was awarded l’Ordre des Commandeurs for his pivotal role in facilitating the partnership between the Chadian Government and African Parks. The 50th anniversary event also saw the President unveil a monument in memory of the 23 Zakouma guards who have been slain on duty since 1998.

During his speech, President Déby Itno acknowledged the merits of the public-private partnership entered into with African Parks in 2010. He said: “It is a good example of the co-operation to be followed for the management of other protected areas.”

The destruction of Chad’s ivory stockpile marks President Deby’s firm commitment to combatting the rampant poaching that has decimated the country’s elephant population. The ivory burn came in the wake of the London Conference on the Illegal Wildlife Trade on 13 February at which President Déby and four other African Heads of State pledged support for the Elephant Protection Initiative (EPI).

The EPI commits to a range of elephant protection measures including a commitment to cease trading in ivory products for at least 10 years. Its implementing organisation, Stop Ivory, was represented at the Zakouma ivory burn and has made $2-million available to support the pledge, with the UK Government committing with another $2 million.