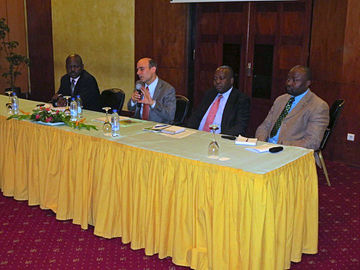 On 17 July 2013, the Yaounde Hilton Hotel served as the venue for an important meeting between the CBFP American Facilitation and Cameroonian civil society organizations. The meeting aimed to present the American facilitation’s roadmap and gather views to enrich it. 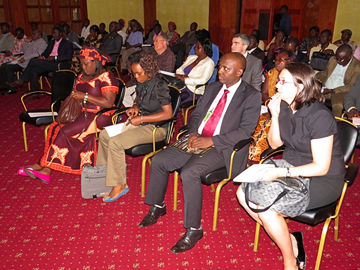 Dr Kenneth Angu of IUCN-CARPE-Cameroon facilitated the session, which attracted over 60 civil society representatives, particularly from women’s and youth’s organizations and local populations with a shared interest in contributing to conservation and sustainable management of forest resources in Cameroon and the sub-region. 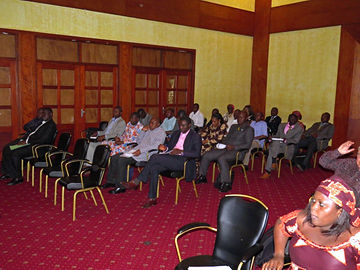 Also in attendance were representatives of the Network of Parliamentarians for Sustainable Management of Dense and Humid Forest Ecosystems in Central Africa (REPAR), RRI, IUCN, CEFDHAC and technical and financial partners. The meeting was also enriched by the participation of Germany and France, both engaged partners with extensive projects in the sub-region.

The meeting was marked by two main highlights: 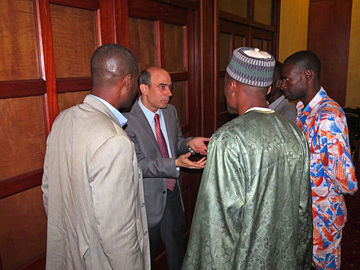 CBFP Facilitator, Mr. Matthew Cassetta kicked off the session with an overview of the CBFP.  He noted the history of CBFP Facilitations, and the various institutional, governmental, technical, financial and private sector members that make up the CBFP. Mr. Cassetta also highlighted the CBFP’s operational objectives.

Dr. André Kamdem Toham, Deputy Facilitator, took the floor and made a detailed presentation of the American Facilitation’s roadmap for the period 2013-2015. The presentation centered on three points, namely: the vision, objectives and activities of the United States CBFP Facilitation. Throughout its term of facilitation of the CBFP, the U.S. will seek to foster Africa’s leadership role in addressing serious threats to Central Africa’s forests and biodiversity with the ultimate aim of promoting conservation and sustainable management of the region’s forest resources.  Dr. Toham also outlined the four strategic aims of activities, namely: knowledge and sharing of up-to-date information, coalitions to devise measures against the causes of deforestation, facilitated information workshops and strategic mobilization of current CBFP partners and recruitment of new partners.

Following this, participants were invited to express their views on the roadmap and make observations.  The discussions were guided by two main questions.

Various highly enriching contributions, including a declaration from the platform of Cameroon civil society organizations were read aloud. The meeting however took note of the following: 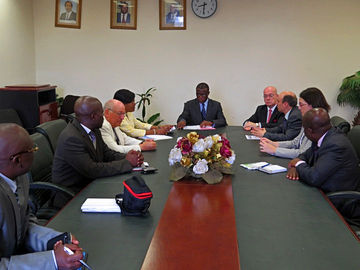 Participants made their contributions in a very heated debate, in hopes that the American facilitation will breathe new life into the Congo Basin forests. 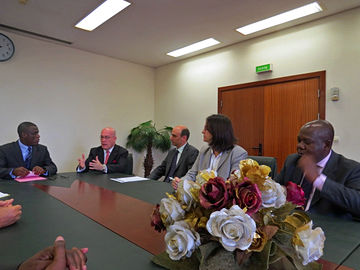 It is worth noting that the CBFP Facilitation team held a very fruitful working session with His Excellency, Mr Ngole Philip Gwese, the Minister of Forestry and Wildlife, CBFP Facilitator.  Also present at the audience was His Excellency Mr Robert P. Jackson, the United States Ambassador to Cameroon. The audience focused on a presentation of the United States Facilitation’s roadmap, the upcoming COMIFAC Head of States Summit, the COMIFAC headquarters and participation of civil society organizations. 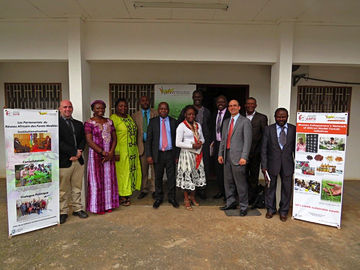 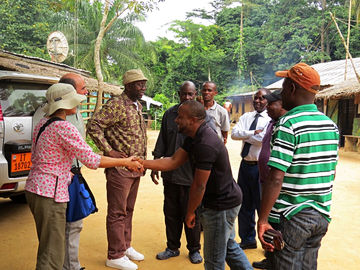 In addition to the meetings proper, the United States Facilitation team was invited by the German cooperation on an excursion in the Gorilla sanctuary/reserve in the Mefou division of the Cameroon’s Centre province. 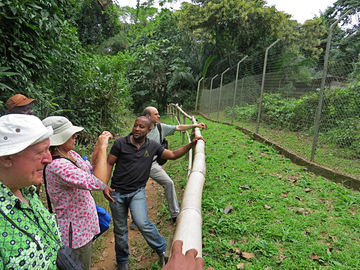 This semi-wild area helps to protect and conserve at least 350 primates. They include chimpanzees, gorillas, baboons, mandrills with multicoloured snouts... and many other monkey species. 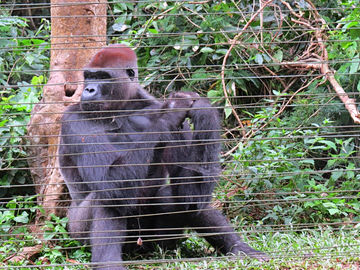 This hike through the dense humid rainforest of Cameroon allowed for first-hand appreciation of flora replete with Sapele, Ayous, Baobas, Moabi species and wildlife. 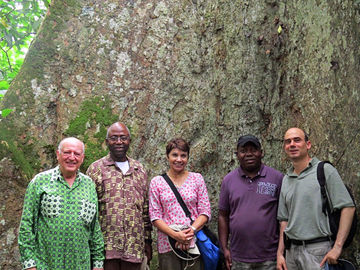 The roadmap and the CSO platform’s declaration are available here: