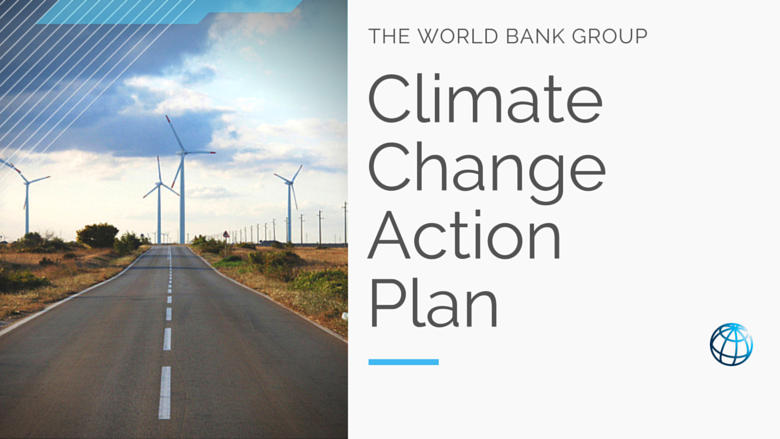 These are among a number of ambitious targets laid out in the World Bank Group’s new Climate Change Action Plan, approved today, which aims to accelerate efforts to tackle climate change over the next five years and help developing countries deliver on their national climate plans submitted for the historic climate agreement reached at COP21 in Paris in December last year.

To maximize impact, the Action Plan is focused on helping countries shape national policies and leverage private sector investment.  IFC, a member of the World Bank Group, aims to expand its climate investments from the current $2.2 billion a year to a goal of $3.5 billion a year, and lead on leveraging an additional $13 billion a year in private sector financing by 2020. As well its own financing, the World Bank also intends to mobilize $25 billion in commercial financing for clean energy over the next five years. The Bank Group will also continue to deepen its work to help countries to put a price on carbon pollution to create incentives for public and private sector decision makers to make the right climate choices.

The Action Plan recognizes that climate change is a threat to efforts to end poverty, and that there is an increasing urgency to protect poor people and poor countries. As part of its response, the Bank Group plans to bring early warning systems to 100 million people across 15 developing countries, and help bring adaptive social protection – social safety nets that can quickly support people affected by a disaster or an economic shock – to an additional 50 million poor people by 2020.  At the same time, the Bank Group will pilot a new approach in 15 cities that aims to boost urban resilience by integrating infrastructure, land use planning and disaster risk management.