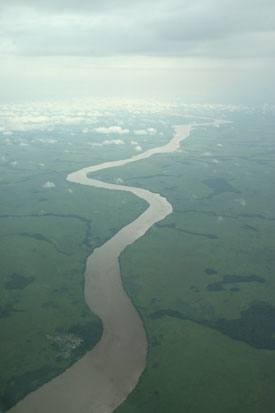 The concept note for the action plan is available for review and public comments will be accepted until September 15.  Later this fall, the draft action plan will also be posted for comment.

As outlined in the Concept Note which was recently endorsed by the Committee on Development Effectiveness (a standing committee of the World Bank Group’s Board of Directors), we expect the Action Plan to describe how the portfolio is expected to evolve over the next several years, in a manner which is broader based than in the past.  The ambition in the Action Plan must, at the same time, be tempered with a strong sense of realism about what the WBG can achieve in working with its clients, given the modest size of the forests portfolio, which accounts for much less than 1 percent of IDA and IBRD financing.

Because the framework outlined in the World Bank Group’s 2002 Strategy, Sustaining Forests, has remained highly relevant for underpinning its forests investments and still forms a solid basis for our work in this sector, the World Bank Group is not preparing a new strategy on forests.  The Action Plan will describe how the WBG will continue to support implementation of the 2002 Strategy through its planned pipeline of operations.

World Bank Group Action Plans are largely informed by the structure and content of the existing proposed project pipeline/lending program.  For the Bank, this is highly dependent on the Country Assistance Strategy (CAS) and Country Partnership Strategy (CPS) process, which relies heavily on structured consultation processes at the national level.  As part of the Action Plan, we will document the consultations which have gone into preparation of CASs and CPSs, which are proposing Bank forests sector support.

The Full TExte is available under the following Link: HERE