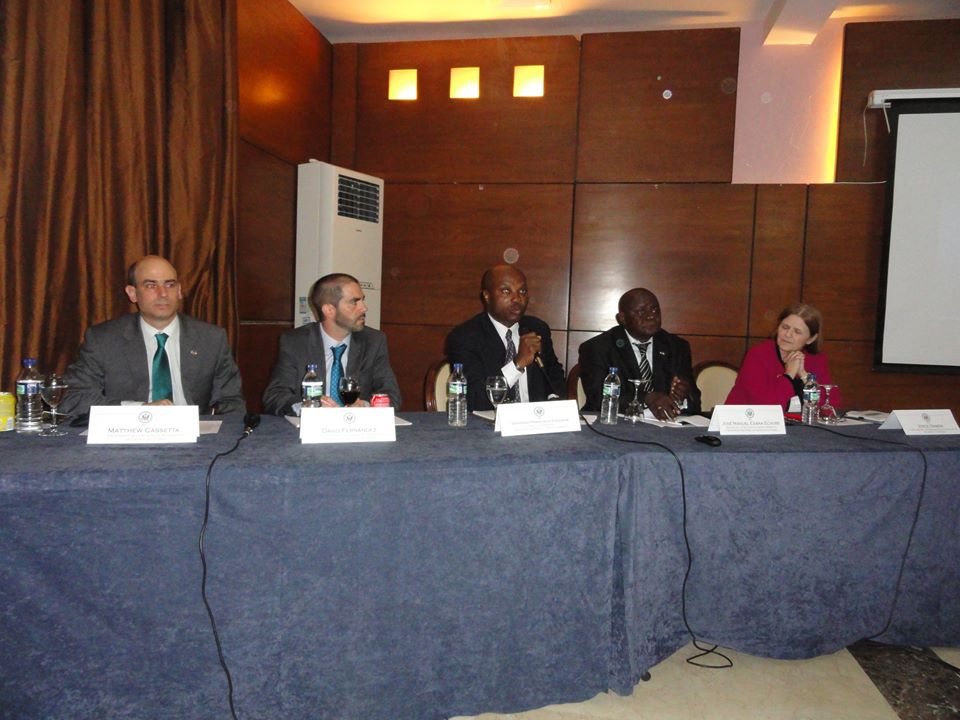 Information contained on this page is provided by an independent third-party content provider. WorldNow and this Station make no warranties or representations in connection therewith. If you have any questions or comments about this page please contact pressreleases@worldnow.com.

WASHINGTON, May 20, 2014 /PRNewswire-USNewswire/ -- Equatorial Guinea's Ministry of Fisheries and Environment, the National University of Equatorial Guinea (UNGE), the Bioko Biodiversity Protection Program (BBPP), and other institutions in the country participated in two timely environmental programs hosted by the Embassy of the United States in Malabo this month.

The programs, part of a series of Ambassador's Roundtables, focused on ecology, conservation and sustainable development, both on the island of Bioko and continental Rio Muni. The U.S. Embassy in Malabo hosted the roundtables on May 6-7.

Dr. Santiago Francisco Engonga, Director General of Environment for the Ministry of Fisheries and the Environment, discussed the importance of conserving the unique biodiversity of the island of Bioko, and the country's climate change, carbon emissions reductions, biosecurity and sustainable energy efforts.

"Equatorial Guinea is undertaking many initiatives to address biodiversity conservation, climate change, and sustainable development, among other things, because we are committed to improving the environment, mitigating climate change and conserving our biodiversity," said the Director General at the first Ambassador's Roundtable, which took place on May 6 at the Hotel 3 de Agosto in Malabo. 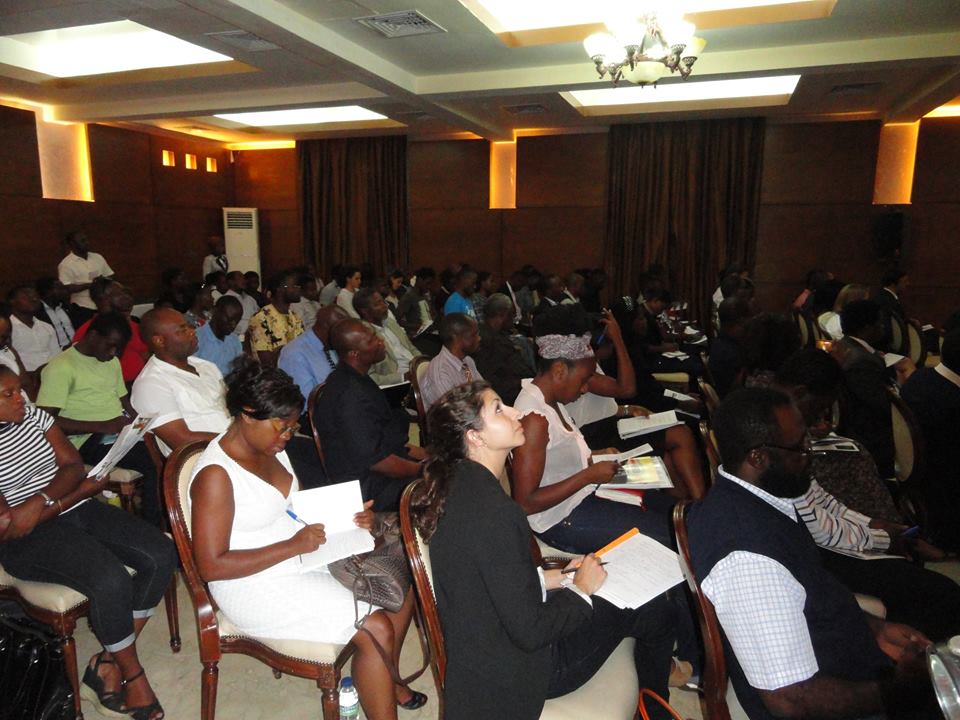 Dr. Engonga joined Matthew Cassetta, the Washington-based Facilitator for the Congo Basin Forest Partnership (CBFP); José Manuel Esara Echube, Dean of the Faculty of the Environment at UNGE; and Dr. David Fernández, In-Country Manager of the BBPP in a discussion of government regulation, the management of the country's protected areas, the environmental legal framework in the country, and how UNGE and NGOs can assist them in their efforts to protect the environment. Following the presentations, the panelists answered questions from and exchanged ideas with many of the more than 100 attendees, including many students.

U.S. Ambassador Mark L. Asquino opened the roundtable in Malabo, which was moderated by Joyce Namde, Deputy Chief of Mission (DCM) of the U.S. Embassy. Sam Healy, a Regional Environmental, Science, Technology, and Health Officer based in Accra, was also present at the roundtables.

The second roundtable, held on May 7 at the Equatoguinean Cultural Center of French Expression in Bata, on the African continental mainland, focused on the forests of Rio Muni and issues related to their conservation and sustainable development. Mr. Cassetta and Ms. Namde were joined in this session by Director General Ramón Mituy Abaga of the Ministry of Agriculture and Forestry, Director General Fidel Esono Mba of the National Institute Nacional de Forest Development (INDEFOR), and Director Gabriel Ngua Ayecaba of Friends of Nature and Development of Equatorial Guinea Ecuatorial (ANDEGE).

The Ambassador's Roundtable series was launched by the U.S. Embassy Malabo in December 2012, and is aimed at offering Equatoguineans an opportunity to interact with representatives of the U.S. and Equatoguinean governments, as well as a variety of other speakers, on important and topical issues including human and civil rights, culture and cultural preservation, and environmental protection.

The Republic of Equatorial Guinea (República de Guinea Ecuatorial) is the only Spanish-speaking country in Africa, and one of the smallest nations on the continent. In the late-1990s, American companies helped discover the country's oil and natural gas resources, which only within the last five years began contributing to the global energy supply. Equatorial Guinea is now working to serve as a pillar of stability and security in its region of West Central Africa. The country hosted the 2011 Summit of the African Union. For more information, visit http://www.guineaecuatorialpress.com.