TRAFFIC - Borneo stands up for its wildlife 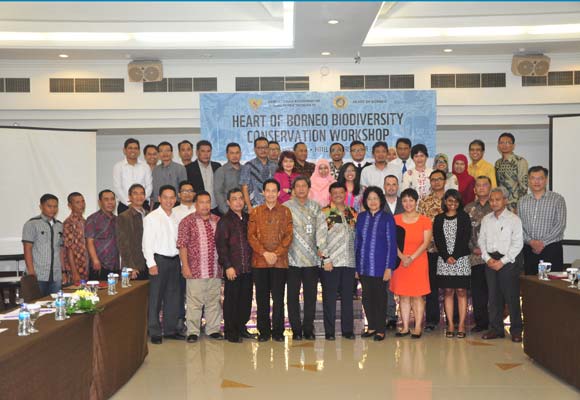 Bali, Indonesia, 15th December 2015—Ending the year on a positive note, some 55 participants from Heart of Borneo countries have come together to draw up joint actions to address illegal wildlife trade and set biodiversity conservation monitoring priorities in the world’s third largest island.

Jointly organized by the Ministry of Environment and Forestry Indonesia and WWF Indonesia in collaboration with Indonesia’s Ministry of Economics, US Department of State, GIZ, Asian Development Bank and TRAFFIC, the meeting was a direct follow-up on a recommendation from the 9th Heart of Borneo Trilateral meeting held last August, where wildlife trade issues were discussed at length.

“I hope we can all come together as one for two days to brainstorm and identify some useful and practical ideas we can jointly implement next year. Let’s show the world that our Heart of Borneo Initiative is solid and that it can protect some of the world’s most precious living things,” said Bambang Dahono Adji, Director of Biodiversity Conservation in Indonesia’s Ministry of Environment and Forestry. 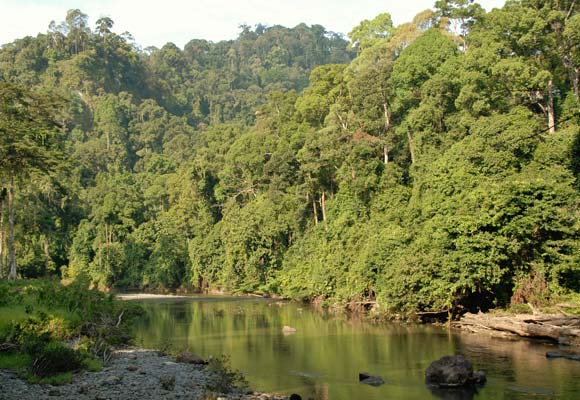 Illegal wildlife trade is widespread in Southeast Asia and Borneo is no exception. Its amazing wildlife is highly sought after both domestically and internationally. Early this month, authorities in Java seized over 2,700 birds said to have been smuggled from East Kalimantan in Indonesian Borneo from a passenger ship. Last month, authorities seized over 200 birds in Kalimantan. Between them the two seizures collectively involved at least 1,611 Greater Green Leafbirds Chloropsis sonnerati, a species targeted for the songbird trade. Between 2012 and August last year, the Indonesian government also seized over 1100 Helmeted Hornbills Rhinoplax vigil as they were heading to China; 70% of which were from West Kalimantan.

Other wildlife such as bears and pangolins are also being targeted—between 2012–2015, Indonesia alone conducted over 45 seizures totalling more than 11,500 pangolins. Just last month, Indonesia arrested a German national for attempting to smuggle eight Earless Monitor Lizards Lanthanotus borneensis. The lizard is endemic to Borneo where it is totally protected in all three countries (Indonesia, Malaysia and Brunei Darussalam).

Indonesia is currently in the process of revising Act No. 5 of 1990 regarding biodiversity conservation and habitats, while the governments of Sabah and Sarawak in Malaysian Borneo are undertaking a number of initiatives on various aspects of their legal and policy frameworks. The Sabah Wildlife Department has recorded at least 23 illegal wildlife trade cases in 2015, including one arrest and conviction in relation to trade in the Bornean Clouded Leopard Neofilis diardi. Sarawak Forest Corporation seized hundreds of turtle eggs and wild meat earlier this year, including from Serikin, a border town with Kalimantan.

“It is extremely encouraging that governments here are working hard to fight wildlife crime, and this workshop is a timely reminder about the threats facing biodiversity in Borneo. Crucially, the meeting also highlights the opportunities for solutions the three nations and their partners can develop and implement over the coming year and beyond,” said Kanitha Krishnasamy, Senior Programme Manager for TRAFFIC.

The issues and challenges in Borneo are huge and require consolidated efforts as many involve cross-border wildlife crime. Collaboration with partners including local communities and the private sector who manage the natural forest or plantations where wildlife exists will be critical to prevent poaching and illegal wildlife trade.

“While these topics have been discussed at previous tri-lateral meetings and in many other global fora, we look forward to this workshop being different in that it can produce strategic outputs and action plan recommendations for further collaboration in the Heart of Borneo,” said Chairul Saleh, WWF Indonesia, Illegal Wildlife Trade Coordinator.

For more information, please consult the Full Article under the Official Website of TRAFFIC