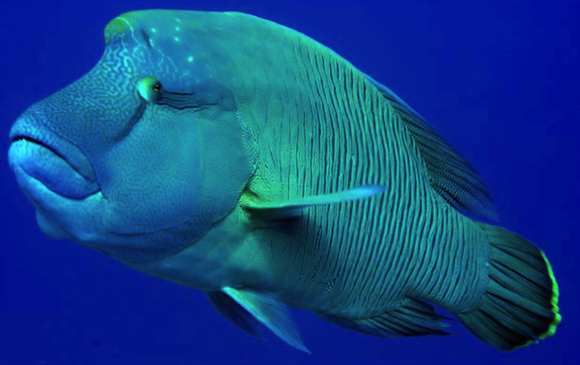 Hong Kong, 17th March 2016—market surveys in Hong Kong and mainland China have revealed the large scale of illegal and unreported trade in Humphead Wrasse despite the introduction of regulatory measures in 2005.

The Humphead Wrasse is a large, naturally rare, slow growing and high value reef fish that is usually traded live and consumed as a delicacy particularly in Hong Kong and mainland China, along with various other reef fish such as groupers and other wrasses.

The study, Humphead (Napoleon) Wrasse Cheilinus undulatus trade into and through Hong Kong (PDF, 1.3 MB), was published today by TRAFFIC and the International Union for Conservation of Nature (IUCN) Grouper and Wrasse Specialist Group (GWSG) and funded by the Secretariat of the Convention on International Trade in Endangered Species of Wild Fauna and Flora (CITES) and The University of Hong Kong.

In 2005, the Humphead Wrasse was listed in Appendix II of CITES, in order to regulate its international trade to sustainable levels through the issuing of export permits by source countries, while Hong Kong also requires import permits for CITES II listed species.