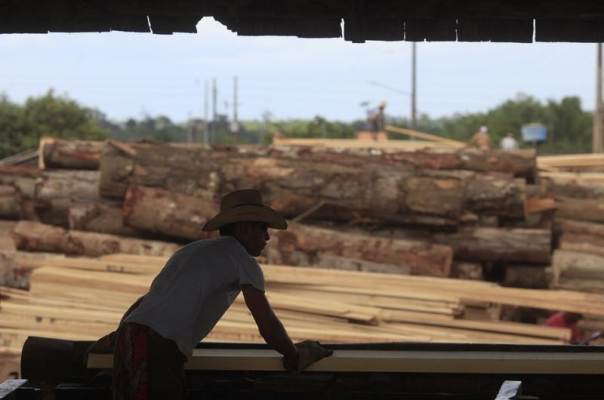 BARCELONA, Sept 30 (Thomson Reuters Foundation) - Brazil has reduced deforestation in the Amazon by 82 percent, the country's president, Dilma Rousseff, said at the United Nations on Sunday, as she announced Brazil's contribution to an anticipated new global deal to curb climate change.

Brazil is often lauded internationally as an example of how political will, legislation and the right incentives combined can stop forests being cut down.

But even there, the battle is not won, as deforestation spiked in 2013, mainly in areas where agricultural expansion is happening.

"We've been deforesting our planet for the last 40 years - don't expect it to change overnight," said Andrew Mitchell, founder and executive director of the Global Canopy Programme (GCP), a tropical forest think tank.

According to a new GCP report, more than 50 percent of the world's tropical forests have been lost over the last half-century, with Indonesia having replaced Brazil as the country with the highest rates of deforestation.

In the last decade, around two thirds of global deforestation has been driven by the production of agricultural commodities: palm oil, timber and paper products, soya, beef and leather, and to a lesser extent biofuels, the report said.

But more recently some of the world's biggest companies that produce and trade those commodities have "got it", realising that destroying rainforests doesn't make sense for their business in the long term, Mitchell said…