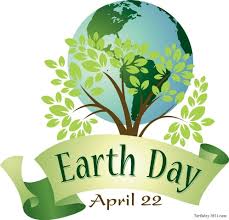 The Paris Agreement was reached thanks to people power, and more will be needed to cut carbon pollution and avert the worst consequences of the climate crisis. Scientists agree that climate change is a real and urgent threat. Parents, grandparents, health professionals, scientists, faith leaders, young activists, and businesses took to the streets, signed their names, and made themselves heard in the months and years leading up to Paris.

World leaders need to know we are with them on Earth Day, but they also need to know we aren’t going away. By adding your name to the millions already calling for global climate action, we will remind leaders this agreement is a historic one, brought about by the actions of millions.

In Paris, the world reached a global agreement on climate action, marking a turning point for humanity. This Earth Day, I am adding my support as a citizen signer, because we must limit global temperature rise in order to avoid the most dangerous consequences of the climate crisis.

Be a Citizen Signer : Here