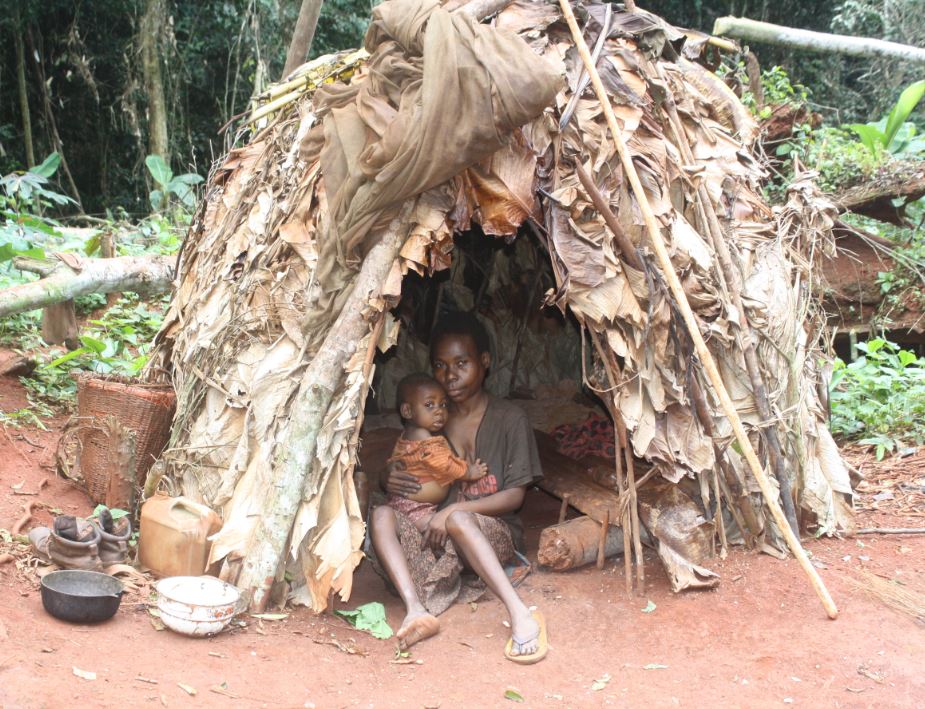 Pygmy populations occupy a vast territory extending west-to-east along the central African belt from the Congo Basin to Lake Victoria. However, their numbers and actual distribution is not known precisely. Here, we undertake this task by using locational data and population sizes for an unprecedented number of known Pygmy camps and settlements (n = 654) in five of the nine countries where currently distributed.

With these data we develop spatial distribution models based on the favourability function, which distinguish areas with favourable environmental conditions from those less suitable for Pygmy presence. Highly favourable areas were significantly explained by presence of tropical forests, and by lower human pressure variables. For documented Pygmy settlements, we use the relationship between observed population sizes and predicted favourability values to estimate the total Pygmy population throughout Central Africa.

We estimate that around 920,000 Pygmies (over 60% in DRC) is possible within favourable forest areas in Central Africa. We argue that fragmentation of the existing Pygmy populations, alongside pressure from extractive industries and sometimes conflict with conservation areas, endanger their future. There is an urgent need to inform policies that can mitigate against future external threats to these indigenous peoples’ culture and lifestyles.