Bujumbura (Burundi), 2 to 4 April 2013 – Holding of a sub-regional workshop to brainstorm on how to sensitize MPs on the issue of access to genetic resources and the just and equitable sharing of income resulting from their use, i.e. APA. 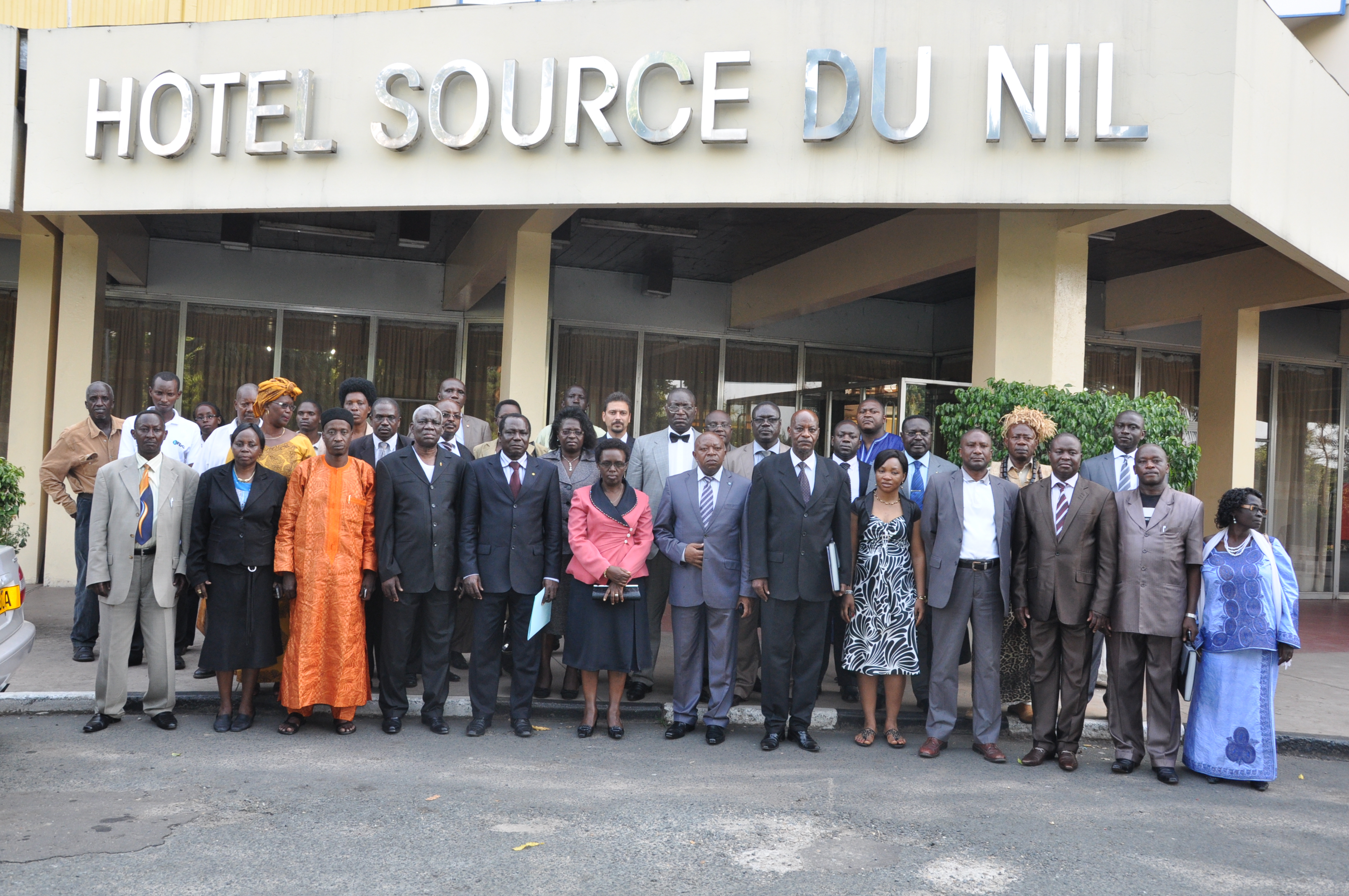 This meeting gathered MPs from Burundi, Cameroon, Congo, Gabon, the DRC, Chad and representatives of COMIFAC, development partners and resource persons. This workshop, technically and financially supported by UICN and GIZ, was mainly aimed at sensitizing and ensuring capacity building for MPs on APA and getting them involved in related processes at national level.

This workshop was chaired by the first Vice Speaker of Burundi National Assembly, and moderated by trainers Mrs Galega Prudence, Technical Adviser at MINEPDEP and Mr Chouaibou NCHOUTPOUEN, COMIFAC Expert in biodiversity and desertification.

In fact, 193 countries, including COMIFAC countries ratified the Convention on biological diversity (CBD) which is a binding international legal instrument adopted in June 1992 in order to end biodiversity dilapidation. The parties to this convention pledge to reach three objectives: Biological diversity conservation, the sustainable use of its resources and the just and equitable sharing of benefits resulting from the use of genetic resources, notably through proper access to genetic resources and appropriate transfer of relevant techniques, taking into consideration all the rights to such resources and techniques and with adequate funding.

Negotiations initiated under the Conference of parties to the Convention resulted in the signing of the Nagoya protocol. In order to facilitate the implementation of the protocol, initiatives were established in Central Africa. MPs were identified among the actors likely to better influence this process towards an advocacy for the ratification of the Nagoya Protocol and the effective implementation of APA in COMIFAC countries.

At the end of the training, MPs’ role in APA, strategies to establish for them to fully play their role, as well as capacity building needs based on the stakes and challenges related to the implementation of the APA Process within COMIFAC, were identified. Action plans were prepared by each national coordination and the regional bureau.