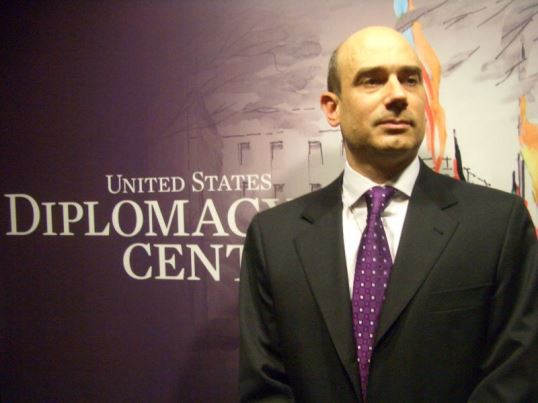 Some insights from the outgoing American Facilitator of the Congo Basin Forest Partnership garnered during an interview with the French language daily Mutations, in the wake of the Organization’s 15th conference held in Yaounde from June 15 to 19 in Yaounde.

What would you say is the main takeaway from the conference hosted by the Facilitation in Yaounde from June 15 to 19, 2015?

First off, I am very delighted to see the work achieved by the six technical groups and the key recommendations made. Each team made a recommendation, each highlighting the need to come together and foster inter-ministerial dialogue around issues relevant to the Minister of Mines, Agriculture, Environment, etc.

The conference was held a few weeks ahead of the Paris Summit and an item on the agenda was the review of communications from certain countries. In your view, what makes a good communication?

Communications addressed to the secretariat of the Convention include a document outlining a national plan for each country’s contribution to the international effort to limit the global temperature to less than 2 degrees. In the document, each country details the steps it will take to deal with climate change issues. However, Mexico in Latin America and Gabon in the Congo Basin have already submitted their national strategy papers for temperature reduction. As for the other countries of the Congo Basin, the call for submissions has been sent out and we hope they will send their submissions to the secretariat of the Convention by October.

What assistance did you provide to those countries in developing good communication plans?

During the conference, we brought in all the focal points, all the climate negotiators of the ten Central African countries to build their capacities for negotiation and preparation as part of the national strategy. It is our hope that this conference has left them well equipped to draft their national strategies.

What did the facilitation achieve during the process?

Over the last two years, we have worked on several fronts during various trips. For example, we used the framework of field visits to engage directly not only with partners, but also with civil society networks in most countries within the Central African sub-region. For instance, we oversaw the transfer of the Presidency of the Central African Forest Commission (COMIFAC) from Chad to Burundi in January 2015. We worked hard jointly with COMIFAC and the Economic Community of Central African States (ECCAS) for improved harmonization of the technical component of programs as they share a strong synergy. What’s more, the academic consortium recently launched a scientific research center in Nkolbisson (Yaoundé). It comes with an array of laboratories which will help Cameroon and, more broadly, researchers from the sub region compare data.

During the conference, eight civil society leaders received awards of excellence in various categories in recognition of their perceived role as drivers of constructive change. We must truly engage with civil society because they are the true actors on the ground in the villages. We have observed that they prompt actual change, creating room for civil society participation in efforts to promote the environment, to combat poaching...

For more information on the interview, please visit the Quotidien Mutations web page