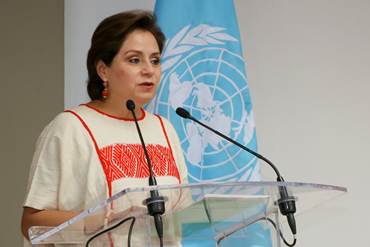 Bonn, 19 May 2016--The UN Secretary-General Ban Ki-moon has formally announced the appointment of Patricia Espinosa as Executive Secretary of the UNFCCC.

It follows backing for his recommendation by the Bureau of the UNFCCC who met in Bonn, Germany on 15 May ahead of ongoing meetings to advance the aims and ambitions of the new universal climate agreement adopted in Paris last year.

“I am very grateful and honored by this appointment by the United Nations Secretary General, and very thankful to the Parties of the UNFCCC for their vote of confidence. Furthermore, I am humbled by the opportunity to serve Parties in this process and to support all actors in tackling this great challenge: to protect the climate of our planet, in order to avoid disastrous consequences, while seizing the opportunities for sustainable development for all based on a global transition to a low-emissions economy and a resilient world.

I stand ready to work with all governments - as well with all other stakeholders -  to realize the inspiring aims and ambitions of the new UN climate agreement adopted in Paris last December. This is the time for implementation and action - action that science informs us must be swift, decisive and sustained. I also would like to congratulate my dear friend and out-going Executive Secretary, Christiana Figueres, for her extraordinary work and achievements of the past six years.” 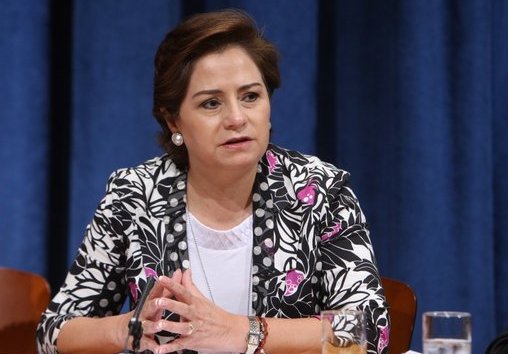 “Her wealth of experience, hands-on understanding of the international climate process and her firm grasp of the crucial link between climate action and the Sustainable Development Goals will be a huge asset for advancing these crucial agendas over the years to come.”

Since 2012, she has been serving as Ambassador of Mexico to Germany, a position she also held from 2001 to 2002. She previously served as Minister of Foreign Affairs of Mexico from 2006 to 2012.