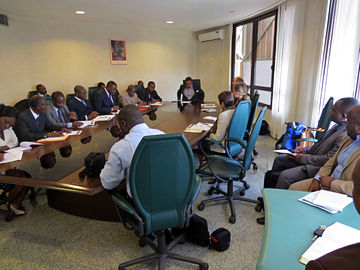 Libreville (Gabon), from 9 to 12 July 2013 - Consultations were held in Gabon between the U.S. CBFP Facilitation.  A series of working sessions were held with the authorities and partners in attendance. 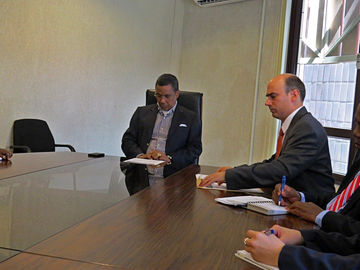 The audience granted to the CBFP Facilitation team by the Minister of Water and Forests of Gabon, His Excellency Gabriel Tchango in the presence of his collaborators, was marked by lively and enriching discussions which focused on national forestry issues (Timber traceability tools,...), anti-poaching initiatives (particularly in the transboundary areas...) and lastly on opportunities to strengthen Gabon’s engagement at subregional level. 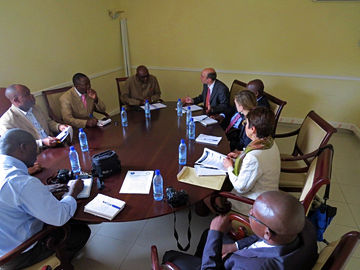 With emphasis on subregional perspectives and stakes, the very fruitful discussions were conducted on the one hand with Deputy Secretary General of Economic Community of Central African States (ECCAS), who was assisted by a team of experts from his department ; and on the other hand with diplomatic Missions, namely France, the European Union and the United States. 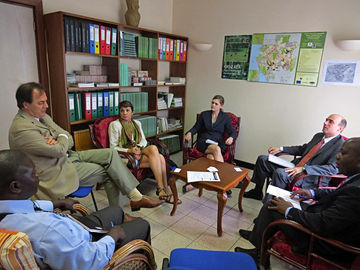 The Gabon consultations made it a point to give pride of place to Gabon’s civil society, including CEFDAC officials and national networks. The discussions were equally centered on communication.