CBFP Facilitation: Greater Commitment to Our Partners in the Implementation of the 2010-2012 Roadmap

Since the inception of (supported by Canada) CFBP Facilitation in September 2010, the new team has achieved closer collaboration with its partners by undertaking exchange visits, working sessions with Diplomatic Missions as well as holding high level meetings to increase the visibility of the Congo Basin during major international events.  Active and proactive communication has been fostered and this helps to “bring partners closer”… 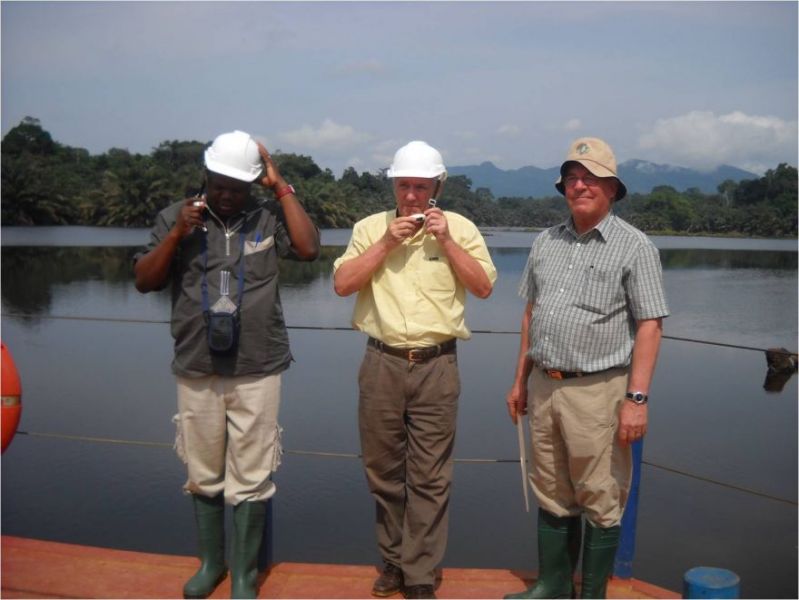 Since the lauching of the CBFP Facilitation  supported by Canada)  in September 2010, the new team has achieved closer collaboration with its partners by undertaking exchange visits, working sessions with Diplomatic Missions as well as holding high level meetings to increase the visibility of the Congo Basin during major international events.  Active and proactive communication has been fostered and this helps to “bring partners closer”… This approach also has the advantage of inspiring a sense of belonging in current or potential CBFP partners and fostering governance within the structure. This article highlights the major progress achieved in implementing the Facilitation roadmap for 2010-2012, following the three main strategic guidelines of policy harmonisation, COMIFAC and local partners support and improved internal governance within the CFBP.

Targeting Local Partner Needs in Our Strategic Vision and Mission 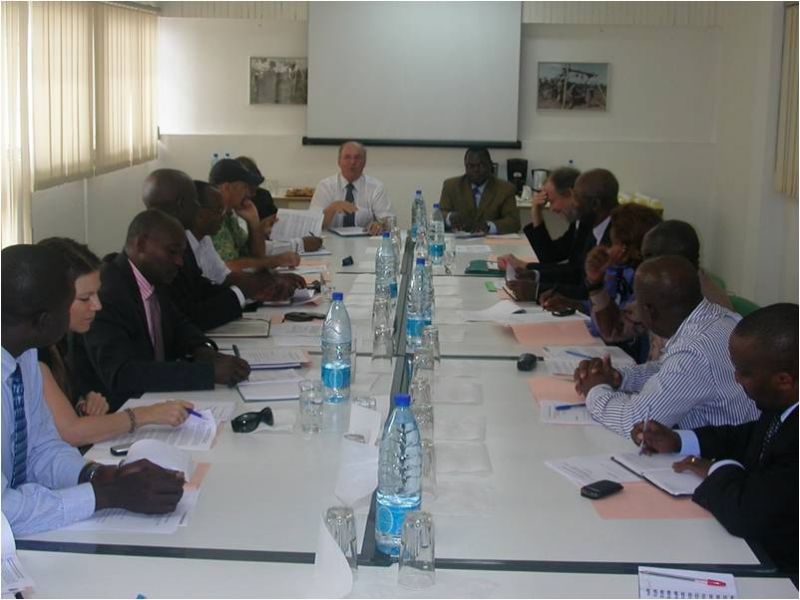 Up to 10 years since the CBFP was launched, it was high time to fine-tune its vision and streamline it with the Partners’ priorities. To this effect, the Facilitation proposed a vision, mission and operational objectives which, besides having been shared with the partners present in Yaounde during the Facilitator’s visit of March 2011, fall in line with the partners’ desires. "Mutualizing partners' technical and financial contribution towards sustainable management of Central African Forest Ecosystems and safeguarding biodiversity resources for the well being of the population” was thus proposed as the vision while "Proposing harmonisation of partners' action" was brought up as the mission.  This vision led to the definition of a series of operational objectives in view of, among other things, integrating the economic, social and environmental dimensions, multi-actor dialogue in the management of territory and resources, reinforcement of focal points, creation of work groups and national coordination groups for COMIFAC, advocacy for the funding of COMIFAC and the reinvigoration of COMIFAC work groups.

Policy Harmonization: a Reality in Sub-regional and International Forums 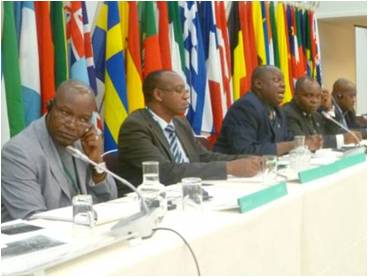 ♦ Sustained Promotion of International Agreements and Conventions As part of its Support to Policies and their Harmonisation in Central Africa, the Facilitation has reinforced the promotion of agreements, conventions and international stakes through side events organised during major international meetings, especially:  (1) concurrently with the ITTO General Assembly in Yokohama and jointly with IFIA and FSC on the theme: Lessons from Forest Certification in the Congo Basin; (2) alongside the UNFF (United Nations Forum on Forests) in New York and in partnership with ECCAS on the theme:  The Contribution of Forests to the Sustainable Development of Central African Countries; (3) jointly with Model Forests on the theme: “??????; and (4) jointly with the UNFF Secretariat on the theme: Food, Energy, Opportunities and Economic Challenges.

♦ Promotion of the Convention on Migratory Species and the Promotion of Reinforced Forestry Legislation at Local and Sub-regional Level This was achieved through the granting of strategic support to partners involved in the implementation of programmes and projects containing this aspect.

♦ Promotion of the Contribution of Forests to National Economies and Poverty Eradication A study on the economic and social contribution of forests in the economies of Central African countries is currently being prepared and shall be launched during the second semester of 2011 in close collaboration with research and biodiversity conservation partners. It shall be published in the 2012 issue of State of the World’s Forests. The Facilitation serves as a source of information as well as a companion to partners in the drafting and execution of projects and programmes linking biodiversity conservation and the fight against poverty in the Congo Basin.

♦ Towards the Harmonization of the Decentralization of Forest Management through the Promotion of Community Forestry Following the Congress on Community Forests of 3 to 6 May, 2011 in Yaounde, the Partners were encouraged to reinforce and harmonies the tools used in fostering local development through the sustainable and efficient management of community forests. They undertook to promote exchanges between the different countries of the Sub-region.

♦ Better Communication as a Means to Convince The Facilitation made use of all platforms and occasions it was offered to advocate for poverty alleviation to be included in the Partner's priorities as well as to be made part of the operational principles of programmes and projects.

Innovations in the Support to Local Partners 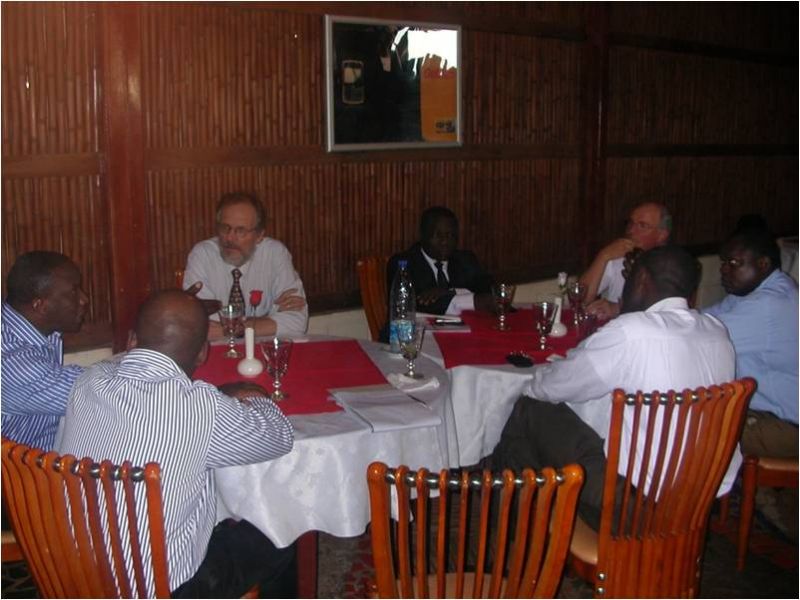 The Facilitation works in close collaboration with COMIFAC Executive Secretariat and consolidates its belief that COMIFAC should be “on the pilot seat” of all processes involving the institution.

♦ Mobilization of Ambassadors of former CBFP Facilitator Countries for a better handling of the COMIFAC Autonomous Financing Mechanism (AFM). Under the initiative of the Canadian High Commissioner to Cameroon, MFA issue is becoming better known to finance and environment/forest ministers.

♦ Mobilization of Partners Involved in the Preparation of the Summit on the Three Tropical Forest Basins  The CBFP Facilitation joined hands with the ad hoc committee to support COMIFAC Executive Secretariat in preparing the three Basins Summit within COMIFAC itself. It mobilized the Ambassadors of former CBFP Facilitator countries and COMIFAC member countries to organize a press conference in April 2011 in Yaounde.

♦ Towards the Institution of a network of Communicators for the Congo Basin. Under COMIFAC coordination, CBFP Facilitation mobilised and contributed in the putting into place of an appropriate framework for discussion, reflection, consultation, strategic planning and synergetic action on Communication and ICTs, namely: the Congo Basin Communicators Network.  To concretize the operation of this network, the Facilitation initiated the mobilisation of the network during the preparation of the communication department of the Three Basins Summit with WWF CARPO leading and acting in collaboration with the local communication unit.

♦ Creation of the Reflexion Committee An information and sensitization workshop on gender equality and its integration into COMIFAC’s convergence plan was organised in Yaounde on 11 January, 2011 to inform and sensitise actors in the forest-environment sector on the advantages of taking gender into consideration. The recommendations were considered during the review of the Convergence Plan.

♦ Promoting Efficient and Constructive Support to CEFDHAC Partners at both National and Sub-regional Level In Cameroon, the CBFP Facilitation answered the Forum Chairman’s call and has since 8 November, 2010, undertook to accompany all partners concerned in the putting in place of CEFDHAC organs and the completion of the organic texts of the National Forum.

At regional level, this involved participation in the Second CEFDHAC Sub-regional Steering Committee sitting in Kigali from March 31 to April 2, 2011 with the main aim of consolidating and finalizing the roadmap leading to the meeting of CEFDHAC partners to the Seventh Sub-regional Summit slated for November, 2011 in Kigali.

♦ Towards more active synergies in the COMIFAC Work Group in view of the implementation of the convergence plan through active communication.

A mini-site has been open on CBFP's website to enable better coordination of information on COMIFAC Work Groups. Available in this rubric are: a brief description of each Work Group, presentation of its structure, its products and services as well as its resources.

♦ Reinforced Support to the Indigenous Peoples of Central Africa

The mobilisation of partners and active participation seen in the Second International Forum on Indigenous Peoples of Central Africa (FIPAC) bear witness to the great progress made in the recognition of indigenous peoples in Central Africa. This is also portrayed in the institutionalisation of FIPAC, the capacity building of the Regional Network of Indigenous People (REPALEC) and the adoption of the plan of action to coordinate various efforts in protecting the rights of indigenous peoples (who are often marginalised) and fostering their consideration in socio economic development strategies. 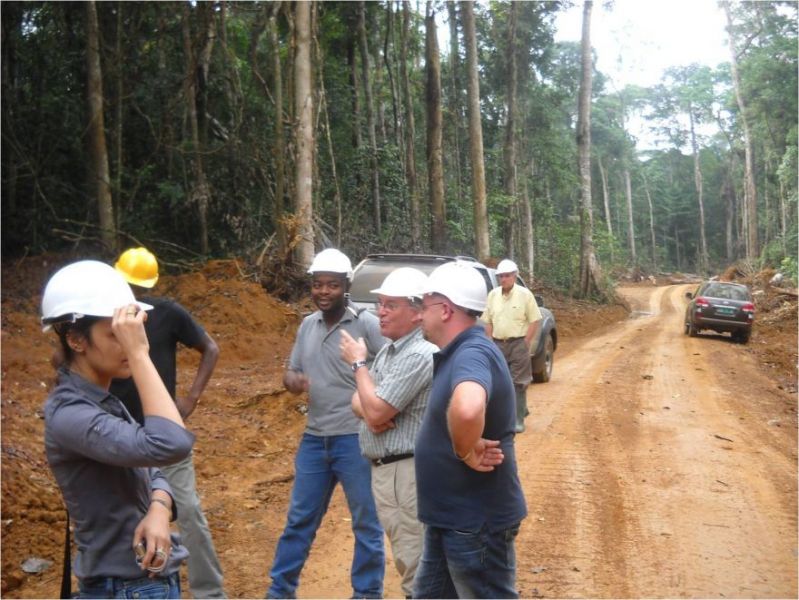 ♦ The adherence of new partners to the Partnership is ongoing. As of date, CBFP has six new partners which it seizes this opportunity to welcome:  research centres (IRD, ICRAF), development organisations (Model Forests Network, VSO), Forest Certification bodies (PEFC) and private sector representatives like Wijma.

♦ Definition of the Scope of Action of Partners in the REDD-Plus Process in Central Africa. A full day was devoted to discussing the REDD Plus process during the 19th Session of the Regional Consultative Committee (CCR). This has enabled the clarification of roles and better organisation at local and sub-regional level.

♦ Towards Better Coordination of COMIFAC Support Partners. The Facilitation has contributed to the setting up of a COMIFAC support platform (PACOMFAC) which is a grouping of partners contributing institutional aid to the COMIFAC Executive Secretariat. This has made action more coherent and contributed to raising the efficiency of action undertaken through COMIFAC.