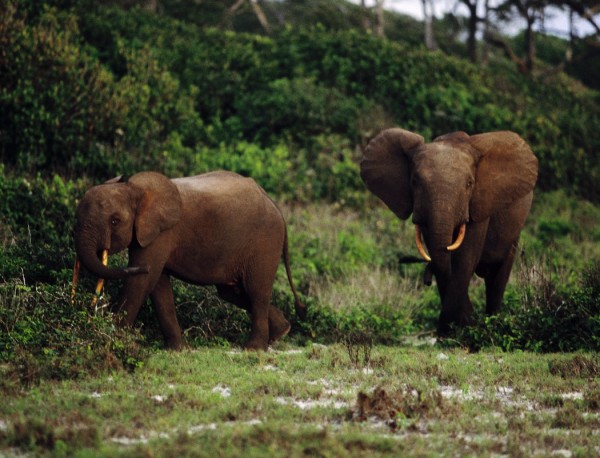 Richard Ruggiero, J. Michael Fay, and Lee White write that wildlife trafficking will receive overdue world attention this week at the United Nations General Assembly and by the Clinton Global Initiative and other elite platforms. “The ongoing slaughter of African elephants will be in particular focus, as African states and their partners seek to craft consensus on how best to save the largest land mammal from extinction.”

There are ecological and moral considerations related to the survival of species, but with so many people throughout the world suffering from war and privation, it is fair to ask why we should care about elephants. (Photo on the left:

The reason: There is a tangible connection between wildlife trafficking and human security. Countries that do not value and cannot protect their natural heritage tend to be less stable, less secure, and less bound by global norms, with attendant risks to us all. The issue is much bigger than localized tensions between communities and wildlife that are known to farmers and ranchers the world over. Increasingly, criminal and violent extremist organizations operate in sophisticated, multi-national networks. These networks aggressively target weak spots in the global system to gain money and power, either because that is their sole aim or in order to further ideological ends. Illicit trafficking across borders of guns, gems, drugs, wildlife—and humans—is their source of money and power. 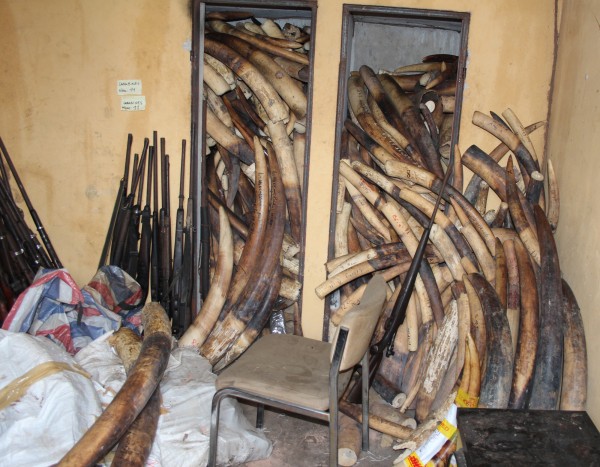 The criminal syndicates know what makes cash: Ivory is more profitable than heroin or raw diamonds. A kilogram of ivory can fetch up to $3,000 in final markets but only costs between $100 and $300 to acquire in range states. It is no surprise that these groups seize what they see as a profit center to massacre the last herds of elephants. Weak states are weak for complex reasons.  Wildlife crimes are not the sole driver of conflict but they erode rule of law and can inflame conflict. Their threat to states metastasizes like cancer. It takes a gun to bring down an elephant. When the elephants are killed off, followed by other wildlife, men who make their living by the gun turn to other illicit activities, menacing civilian populations and government authorities that get in their way. In East Africa, the multibillion dollar tourist economies, decades in the making, are at risk. Tanzania’s elephant herd is being slaughtered, with an estimated 50 percent of the population killed in the last six years.  As Tanzanian President Kikwete recently put it, “We are under attack.” For the United States and its partners, these conflicts are no longer local. 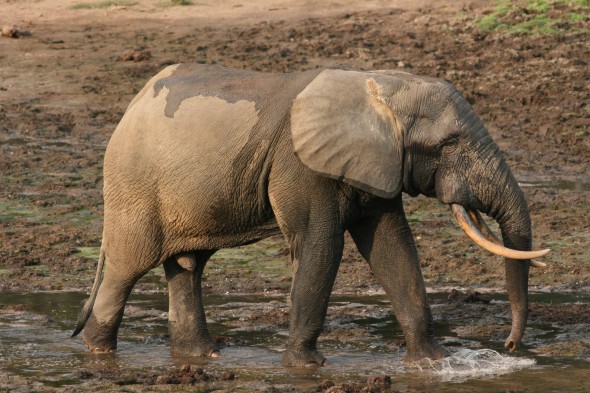 When extremists destabilize states, inevitably the security risks proliferate beyond their borders.

No longer anecdotal, the evidence that violent extremist organizations use ivory as one of many sources of funding is clear.

Earlier this year, elephant tusks were found in a camp of the Lord’s Resistance Army in eastern Central African Republic.

Shiftas, the term for Somali bandits who were responsible for the deaths of tens of thousands of elephants and untold numbers of people in Kenya in the 1970s and 1980s, still kill elephants in Kenya’s national parks and engage the Kenya Wildlife Service in deadly firefights.

The ivory moving northward into Somalia is believed to be a funding source for Al-Shabab, a group affiliated with al-Qaeda that claimed responsibility for last Saturday’s shopping mall killings in Nairobi.

Multinational criminal networks know that wildlife crimes carry lower risk and higher reward than other crimes, as wildlife protection is often not seen as a national security issue and receives far fewer resources than counter-narcotic or counter-terror efforts.

Read more on  (1) Stopping the Criminals (2) An Effective Partnership under the following Link: Why Elephants Matter

Image credits from the top to down: (1) Two bulls joust in the Dzanga Bai, Central African Republic, 2011. Copyright: R.G. Ruggiero  (2) Seized tusks awaiting registration and eventual destruction in Libreville, Gabon, 2012. copyright: R.G. Ruggiero  (3) Bull elephant from the Dzanga Bai, Central African Republic, 2011. This is the place that experienced an outbreak of killing earlier this year when Sudanese mercenaries attacked the bai and killed 26 elephants in a matter of hours. Copyright: R.G Ruggiero under http://newswatch.nationalgeographic.com/2013/09/25/why-elephants-matter/