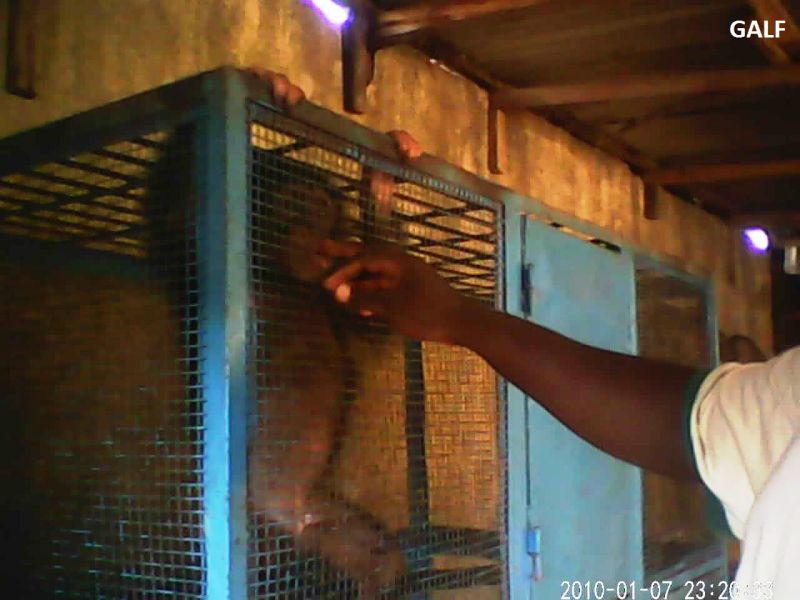 After six months of legal battle, the GALF team won a great victory, the dealers we had stopped at Conakry January 29, 2013 during a joint operation with INTERPOL, Ministry of Environment and GALF, LAGA and PALF were sentenced yesterday (30 july) to the biggest convictions than the country have given for wildlife crimes !

The Court of First Instance of Dixinn sentenced Ousmane Diallo, a major ape trafficker admitted having sold 500 chimpanzees, 1 year imprisonment and the payment of 50 million GNF (U.S. $ 6,666) as damages for the Ministry of Environment. His two accomplices, Thierno Mamadou Diallo and Mamadou Alimou Bah, were sentenced to six months imprisonment  and ordered to pay 15 million GNF (2000 U.S. $). Ousmane Diallo is currently on the run, an arrest warrant was issued by the Court and GALF hope to find it quickly to implement the sentence.

The investigations, conducted by the team of GALF for 9 months and including 10 records hidden camera revealed a lot of information on international trade in great apes. 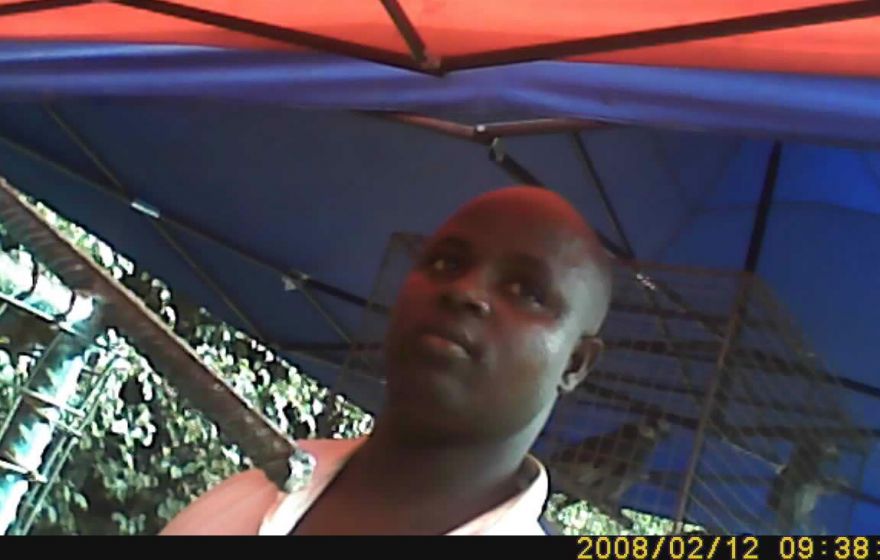 Ousmane Diallo revealed to have sold more than 500 chimpanzees since 1994, also hyenas, panthers, a lion and thousands of birds. He worked with specialized in the export of chimpanzees between Guinea and China and he was connected to many criminal networks on the African continent and in the world. According to the study of Jane Goodall Institute to get one baby chimp living 10 members of his group are killed, which means that Ousmane Diallo is responsible for the 5000 slaughter of chimpanzees! This is probably the biggest ape trafficker ever prosecuted in Africa.

According to Charlotte Houpline, GALF coordinator, “Breaking these networks will require a real commitment from the Guinean authorities as major criminals take advantage of the lack of political will and the lightness of the penalties. But this time the result is excellent, 1 year in prison is the most severe penalty under Guinean law for this type of offense, it is a historic decision for the first time the Justice sent a message against the impunity, it is a real step forward for wildlife crime in Guinea”. 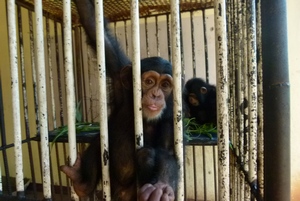 These dealers were able to export large shipments of parrots regularly up to illegally sell species from distant countries, such as ostriches, gray Gabon, Brazil ara, cacatoe from Australia or Indian birds. This is the first time that we see animals being imported out of the continent to these parts of Africa – Aras, Cacatoe, etc. so we start understanding new trends in illegal wildlife trade in Guinea.

During the operation, more than 150 birds of ten species were confiscated from him and his accomplices. All have been rehabilitated and released into the wild, the last group of parrots which was released on July 28. Thus, the birds regain their freedom and dealers go to jail!

We must salute the exceptional commitment of the Minister of the Environment has given strong support in this matter and shows once again that change is possible in Guinea.

Remember that March 2, 2013 in Bangkok, the States Parties to CITES decided unanimously to suspend trade in CITES-listed species with Guinea. The penalty was imposed because Guinea has issued numerous fraudulent CITES permits for illegally exporting 130 chimpanzees and 10 gorillas to China. Illegal activities of these kind of major traffickers have largely investees to discredit Guinea but with such dissuasive penalties, hope is reborn ! 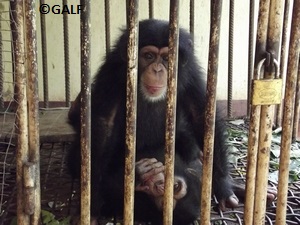 Here are some hidden passages on these dealers ape records:

Look it's all empty boxes, crates for export these chimpanzees, we can put two into. And yet, there are nearly 20 patrons here who export chimpanzees. We know very well. They come to pay with me. Currently, they export yet. You know their package is in flight so that each share they need to send paper and every week they send chimpanzees.

Yes they are protected, it is forbidden, even those who export it is grout, they mix with many birds, although they have papers they hide chimpanzees, not at here Guinea but among whites, whites also know how to pass them there, you know?

The Spanish fishing boat LAS PALMAS, every time they buy chimpanzees with parrots, in large quantities.

Lion and panther, we get them but they are sold fast.

It is the Aras Brazil, U.S. $ 6930 per pair (for 2), you know the Amazon rainforest, they comes from there, I can have 10 or 20 pairs. In later it left Brazil and came here it takes 10 days. I have a good supplier there. Gray parrots, I can get 100 to 200 quickly. " Gray with red tail that comes from Africa Central and it is very expensive.

"If you want the papers of the Ministryt, I can do it in my name, all the people who make the papers over there for Water and Forests, the airport, downtown, everyone knows me very well. Licenses, it is not hard to get here. In Guinea, for so it is a breeze.


In Africa, I touch everywhere, to Central Africa. Even those who are in Dakar, Abidjan, Ouagadougou, Niamey, Bamako. When you say my name, they know me.