Please download the: Mitigation of agriculture emissions in the tropics: comparing forest land-sparing options at the national level 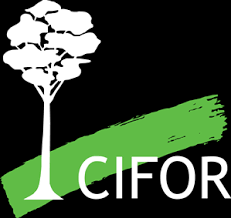 4 March 2016: Scientists from the Center for International Forestry Research (CIFOR) have researched potential emission reductions of interventions in the agricultural and forest sectors in the tropics, highlighting the need to include both sectors in the decision-making process for mitigation interventions at the national level, including under REDD+.

Titled 'Mitigation of agriculture emissions in the tropics: comparing forest land-sparing options at the national level,' the study is premised on the concept of land sparing, whereby deforestation or other pressure on forest can be either averted by maximizing agricultural yields to minimize the area of land required, or diverted toward non-forest lands, for example by rehabilitating degraded pasture lands. A novel aspect of the study is that it encompasses both agricultural and deforestation sources of emissions. The research finds that in some countries, agricultural emissions are higher than deforestation emissions.

The study proposes a framework to guide each country in deciding whether the agriculture or forest sector might offer the biggest reductions in emissions. Important factors to be taken into account is the relative food security of the country where an intervention could be made; and the existence of a supportive environment for interventions, using good governance as a proxy. The authors argue that the inherent link between the agriculture and forest sectors due to competition for land suggests that they cannot be considered independently. It proposes including both sectors in the decision-making process for mitigation interventions at the national level, highlighting that agricultural interventions should be given more national and international prominence under the REDD+ framework.