ICRAF-REPAR-RRI: Strong Mobilization in Cameroon in Favour of Integrated Rights to Natural Resources

The position document presented by Dr Gabriel Bachange, commissioned consultant, and Serge Ngendakumana from ICRAF, was validated concerning the integrated rights of local communities, women and Cameroon indigenous people. This document is intended to ensure an evidence-based advocacy likely to influence ongoing reform processes in Cameroon and to encourage the integrated and sustainable management of natural resources in Cameroon. 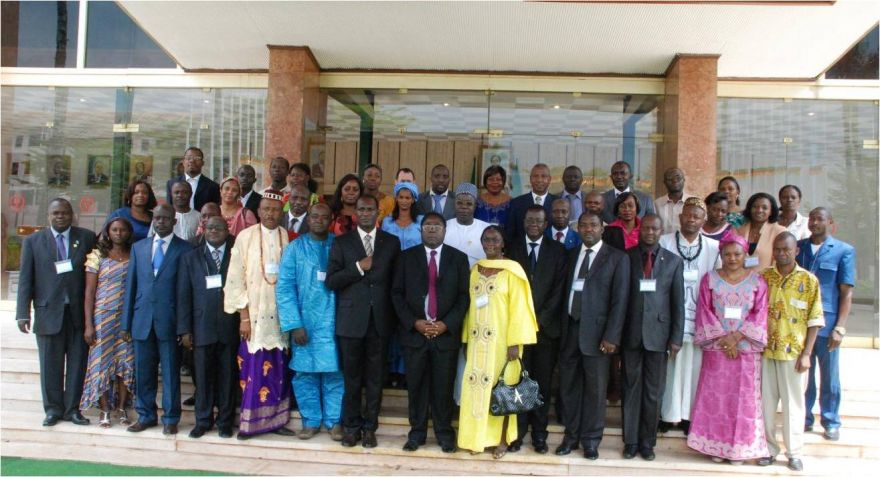 Yaoundé (Cameroon), 10 November 2011 – Holding in the Committee Room on the 3rd floor of Cameroon National Assembly, of a workshop for the validation of the position document on the integrated rights of local communities, women and indigenous people to natural resources. Under the patronage of the Speaker of the National Assembly and organized by ICRAF and REPAR, with the technical and financial support of Right and Resources Initiative(RRI), this workshop was actually attended by some fifty participants from Cameroon National Assembly, development partners, decentralized local governments, traditional and indigenous organisations, civil society organizations. The workshop focused on a brief summary of evidence on integrated access rights to natural resources in favour of forest communities, women and indigenous people of Cameroon, likely to serve as aide-mémoire to MPs and local councillors in debates and stands in favour of the fair management of forest resources. It was also expected to justify a mobilization in favour of more extended rights for communities within the framework of the current policy, forestry and land law reform in Cameroon.

Following the opening ceremony, participants listened carefully to four exposés relating to the problem, namely: (1) 02 communications on the remarkable progress in the consideration of the rights of Indigenous communities and People in Cameroon, successively by Mr Nkié Martin Cyrille, Focal Point of the Work Group of the Commission on the rereading of the 1994 forestry law and Honourable Moussa Koumbere, Malian MP; (2) The role of the elected in the advocacy for the integration of extended rights by MESSA Petit, REPAR Technical Assistant; (3) Women and access to natural resources, by Mary Myuyinwi, Gender expert. These exposés gave rise to sharp reactions which encouraged fruitful and constructive discussions among communicators and participants under the facilitation of the moderator and with the contribution of experts.

At the end of deliberations, participants formulated proposals aiming at improving and extending the rights of local communities in general and of women and indigenous people in particular. To this regard, it was suggested that the reform processes undertaken take into consideration 7 main proposals contained in the final communiqué including among other things reforming land tenure legal systems by recognising legal pluralism and the reconciliation of practices, legitimacy and legality in forest management.

Based on these recommendations, participants validated the Position Document, mandated the consultant and the technical team to consolidate it by integrating the observations raised, in order to ensure an evidence-based advocacy likely to influence the ongoing reform processes and encourage the integrated and sustainable management of natural resources in Cameroon.

♦ Report of the workshop for the validation of the position document on the integrated rights of local communities, women and indigenous people to natural resources (First Draft – The final version shall be available in few days).

♦ In PICTURES 6 High level workshop for the validation of the position document on the integrated rights of local communities, women and indigenous people to natural resources - 10 November 2011, National Assembly – Yaounde