The Sangha Group at the service of conservation and development within the Sangha Tri National Landscape in the Congo Basin: an example worth emulating…

Sangha Group experts have strongly recommended action in favour of the participatory follow-up approach in the landscape, including multi-actor participation, the measurement of the effectiveness of conservation and development and, its impact on policy and communication. 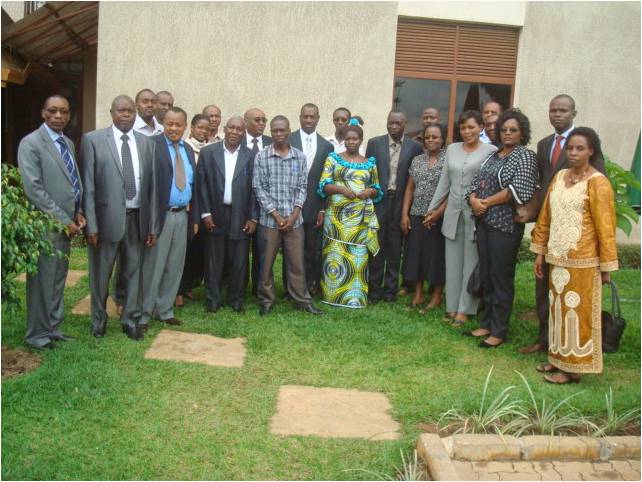 The 8th Annual meeting of the “Sangha Group” scientific support team held from 20 to 25 September, 2011 in Djembe, Cameroon.  Taking part were officials in charge of forests and protected areas from Cameroon and Congo; WCS, WWF, CARPE and IUCN experts; forestry concession holders like ALPICAM; representatives of the Madrid Autonomous University and James Cook University (Australia) as well as representatives of the civil society (ROSE).

The meeting, in which some 20 experts participated, aimed at:

♦ Evaluating change dynamics with respect to conservation, development and governance within the landscape

♦ Examining draft terms of reference of the STN scientific committee, including its structure and functioning

♦ Drawing up communication and marketing strategies for the Sangha Group

In fact the three forestry ministers had, pursuant to the first meeting of the STN Technical Supervision and Arbitration Committee of November 2010 in Kinshasa, DRC, where the Group presented results of the participatory follow up of the STN from 2006 to 2010 at the expert groups meeting, granted the CTPE the mandate to propose directives for setting up a scientific committee. Meeting in Pokola in the Republic of Congo from 11 to 15 January, 2012, the STN Tri National Planning and Execution Committee recommended a continued scientific support role to the Sangha Group within the STN. 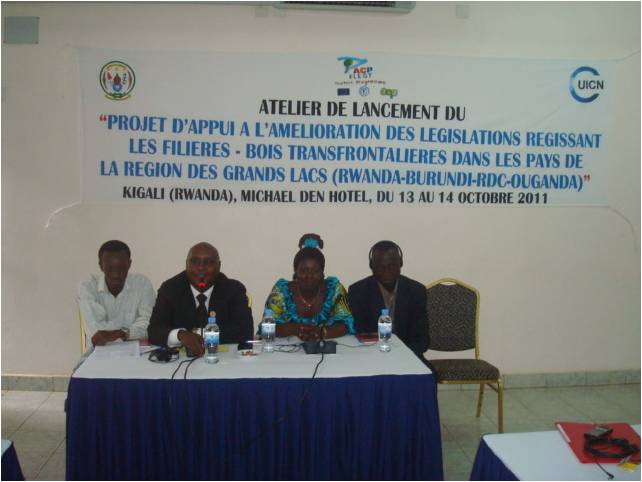 At the end of the 8th Session, 2010-2011 data were updated for each of the 3 segments of the STN landscape. Discussions dwelled on the advantages and disadvantages of the methodology in use (including the lack of data and variation in the timing according to some experts). It is with these difficulties in mind that the stage by stage technical report on the follow up of socioeconomic indicators was adopted. Generally, the tendency was a constant fall  in global natural achievements, with a fall in natural values pitted stagnation in social and developmental achievements.

As regards the STN Scientific Committee, a proposal was made on its terms of reference as well as its structure and functioning.  The Committee should function as an independent platform that will synthesize research results on the basis of its scientific capacity. It shall interact with the parks’ and partners’ scientific committees. Its main role shall be to provide a scientific opinion on conservation and development problems to decision makers. It shall meet once yearly or in extraordinary sessions as requested by the CTSA.

As for businesses, a continued interaction with forestry firms was recommended with a view to encouraging them to commit themselves to sustainable management. The Sangha Group also recommended that the compilation of a database of plans to develop the mineral sector of the landscape be prioritised.  A publication on the main changes and challenges faced by the STN was planned as part of the Sangha Group’s participation in the IUCN’s 2012 World Conservation Congress of Jeju. During this congress, a parallel session shall be organised with the recommendation that the participation of representatives of field experts be ensured. The basis for the formulation of a strategy of communication was set up in view of improving communication within the Sangha Group and with its partners. 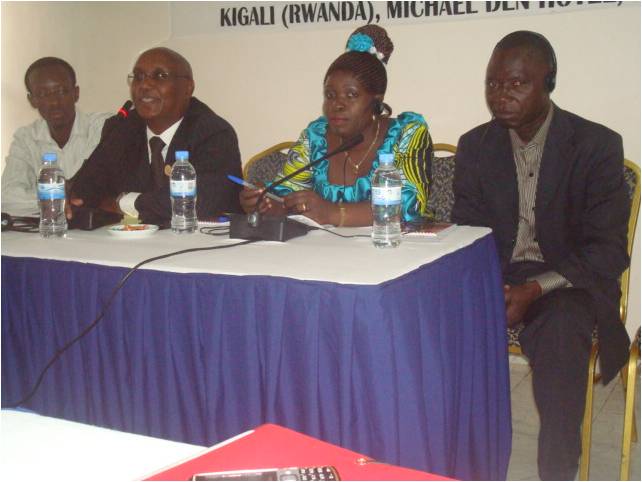 Recommendations were made for the improvement of the participatory follow up approach in the landscape with respect to:

(1) Multi-actor participation: Ensure presence/participation of stakeholders of all sectors (safari, mining, etc.); increase consultations with the local population; increase representation of CSOs; emphasize co-production of scientific articles/reports/conceptual notes, while ensuring that experts collecting field data are involved in the process; distribute the questionnaire on STN’s current situation and general tendencies on a large scale; ensure participation of other non-resident experts in the STN (anthropologists, botanists, development experts, health experts, etc.) in GS sessions.

(3) Impact on policy: Analyse indicators in view of a better orientation of policy/lobbying activity. To this effect and pursuant to the observed tendencies in conservation and development indexes, a group has been set up to draft a political brief that should be presented to political decision makers of the three countries of the STN as well as to development partners and donors; drafting of Policy Notes to be addressed to ministers, national and international actors and donors; ensure the transfer of SG produced reports, articles, posters, presentations, etc. to the CST; follow up actor’s auto-correction of strategies, not leaving out local  community behaviour.

(4) Communication: Improve communication with partners all year round; facilitate access to publications and data to partners (web site?); create a mailing list of participants/members of the Sangha Group; establlish Focal Points, provide a lead for follow up, establish relations with the STN liaison officer.

(5) Financing: Stable finances are necessary to ensure: meetings with partners; analyses of indicators; participation of actors with inadequate means to finance their own participation (local CSOs), the administration and other institutions of the sub-region.

To this effect, the Group recommends: The optimisation of the number of meeting days; the inclusion of this meeting in the budget of each institution; the eventual sourcing of funds from donors (GIZ, CARPE, PACEBCo, FTNS, etc.).