COMIFAC-GTBAC: Towards the development of strategy APA for COMIFAC’s space countries 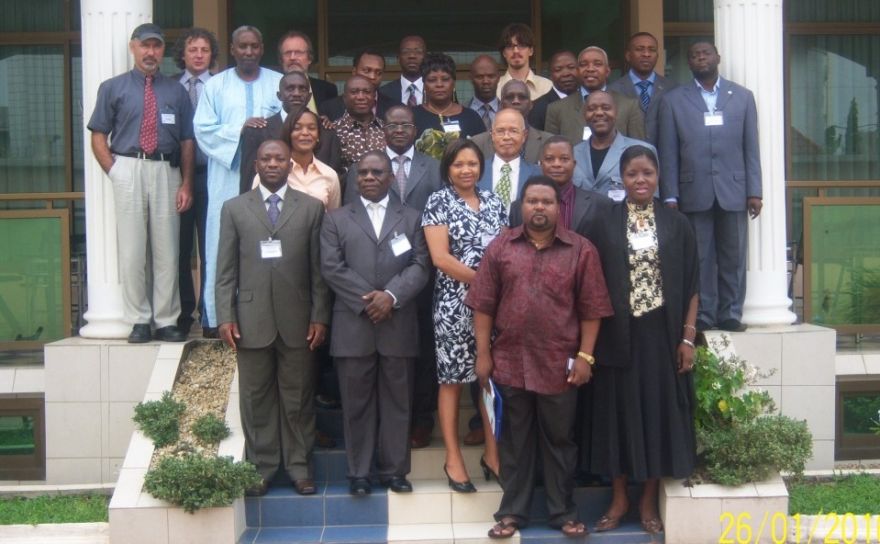 From 26th to 29th, 2010, the 10th meeting of GTBAC was held in Douala and presided by Mr. Raymond MBITIKON, Executive Secretary of the COMIFAC. The meeting brought together representatives of COMIFAC's space countries, international organizations, civil society, German technical cooperation GTZ and Franco-German Office for COMIFAC's support, the Capacity Building Initiative for APA Africa and the COMIFAC's executive secretariat members (Photograph on right side - Rapac.org: Participants at the GTBAC 10).

Dr. Dietmar SHORLEMER, Senior Technical Advisor of the GTZ project for COMIFAC's support, and contributor at the opening ceremony, expressed his satisfaction over the fact that the GTBAC is being to mobilize for the development of the APA COMIFAC strategy. Then, before he wishes the meeting great success and fruitful, Dr. SHORLEMER strongly underlined the need for Central Africa to work out and develop strategies efforts which need to be taken into account and strategies which should address and incorporate the respect and the specific interests of Indigenous Peoples.  On his side, Mr. Raymond MBITIKON declared in his welcoming speech the opening of the tenth meeting of the GTBAC, after having pointed out that the development of the sub regional strategies is needed to facilitate the update of the objective (3) of the Convention of Biological Diversity (CBD).

In addition to this opening ceremony, participants were introduced and agenda of the meeting adopted. Workshops continued in plenary by thematic presentations focused on thirteen points including amongst other things: Presentation of the key results and conclusions of the study on "The identification of the elements being able to be used as a basis for the development of strategy APA for COMIFAC's space countries"; presentation of the "roadmap" 2010 of the capacity building initiative for APA Africa and the report of the third informal meeting of south-south co-operation between three organizations (ACTO, ASEAN, COMIFAC) representing the three large tropical forest cover of the world. As outcomes of presentations, sessions of group workshops were organized in other to develop on one hand the preamble, the terms related to the sub regional strategies, the working plan and the roadmap 2010 of the GTBAC, and on other hand to define the administrative procedures and legal strategies for APA sub regional strategies, to examine the strategic plan of the CBD and finally the APA negotiation text.