The Word Bank and GEF to deepen collaboration on climate change. 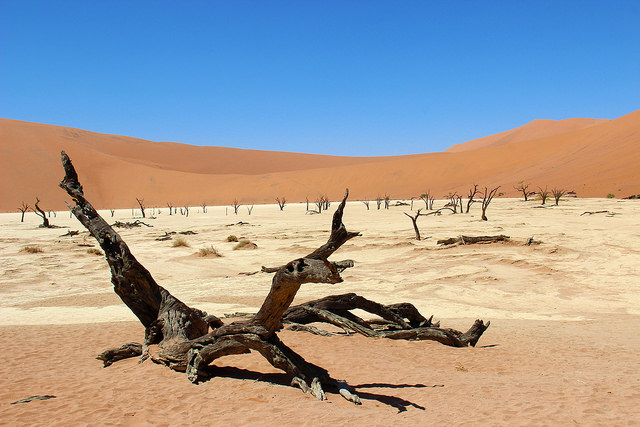 On April 7, 2016 the World Bank Group announced the launch of its new Climate Change Action Plan, which aims to accelerate efforts to tackle climate change over the next five years and help developing countries deliver on their national climate plans submitted for the historic climate agreement reached at COP21 in Paris in December last year.

The Paris Agreement decided that the GEF, and its Least Developed Countries Fund and the Special Climate Change Fund, shall serve the Agreement as part of the Financial Mechanism. The GEF was also given a renewed mandate to support the (I)NDC process, and to establish a Capacity-building Initiative for Transparency to support developing countries in meeting enhanced transparency requirements.

The World Bank has been one of the largest Implementing Agencies in the past for the GEF, with climate change playing a dominant role. Such platforms as the Sustainable Cities and Amazon Programs are two great examples of GEF support that helps enable the Bank to innovate and mainstream the climate change agenda.

In the coming months, the Bank will work with the GEF to identify more specific opportunities to collaborate in this regard, especially to support actionable investment strategies.

The Action Plan recognizes that climate change is threatening efforts to end poverty, and that there is an increasing urgency to protect poor people and poor countries. As part of its response, the Bank Group plans to bring early warning systems to 100 million people across 15 developing countries, and help bring adaptive social protection – social safety nets that can quickly support people affected by a disaster or an economic shock – to an additional 50 million poor people by 2020. At the same time, the Bank Group will pilot a new approach in 15 cities that aims to boost urban resilience by integrating infrastructure, land use planning and disaster risk management.

The Action Plan also lays out plans to quadruple funding over five years to make transport systems more resilient to climate change, as well as invest at least US$1 billion to promote energy efficiency and resilient buildings by 2020. IFC sees a large opportunity for promoting climate-smart urban infrastructure, and its EDGE Green Building Program aims to have a presence in 20 markets over the next 7 years. The World Bank Group will develop climate smart agricultural investment plans for at least 40 countries, design sustainable forest strategies for 50 countries by 2020 and promote climate-informed fisheries management.