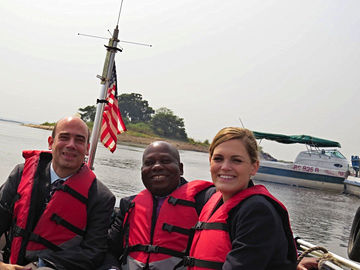 Brazzaville, 3 and 9 July 2013 - the United States Facilitation of CBFP held a string of consultations with CBFP stakeholders present in the Republic of Congo on the CBFP Roadmap 2013-2015. 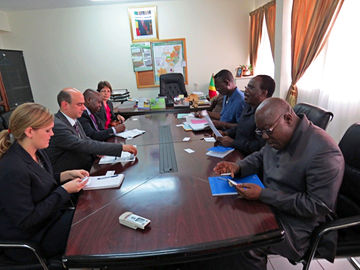 The consultations began with an audience granted to the CBFP Facilitation team by the Chief of Staff of the Minister of Forest Economy and Sustainable Development. During the meeting, the Chief of Staff surrounded by the Director of Forests and the Minster’s advisers, informed the CBFP Facilitation team that an International Conference on Wildlife Crime would be held in October. 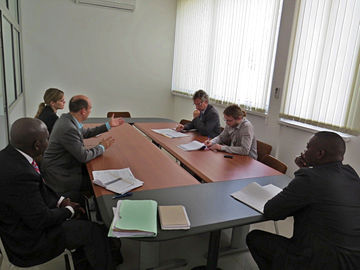 Subsequently, there were exchanges between the Facilitation team and representatives of France, including the Director of the AFD and the Cultural Affairs and Environment Officer of the Embassy of France in the Congo. 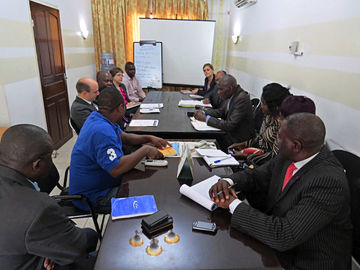 Furthermore, the CBFP Facilitation's team met with the entire team of Congo Brazzaville’s National REDD + Coordinating Body  and had lively discussions with the President of the Central African Development Bank, BDEAC. 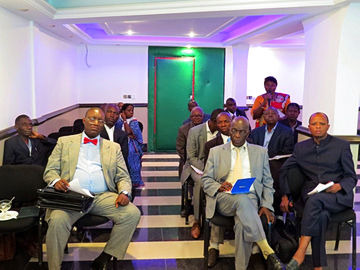 A special open consultation session was held with all CBFP stakeholders in a hotel in Brazzaville in the presence of about twenty participants, representing the Ministry of Forest Economy and Sustainable Development, CEFDHAC, networks of youths, women, local peoples and parliamentarians, and representatives of international organizations such as WCS, WWF. 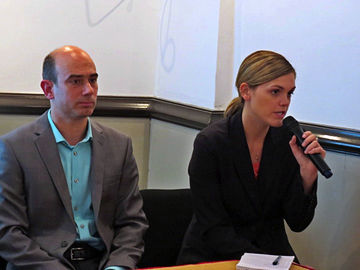 The presentations were followed by enriching and lively discussions on Wildlife, forestry issues, rural development and communication. 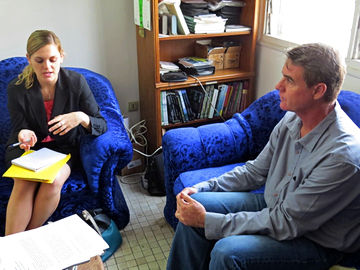 It is on a note of satisfaction that participants made contributions, in hopes of seeing the American Facilitation bring a new breath of life to the Congo Basin forests.