EU Commission launches plan to crack down on wildlife trafficking 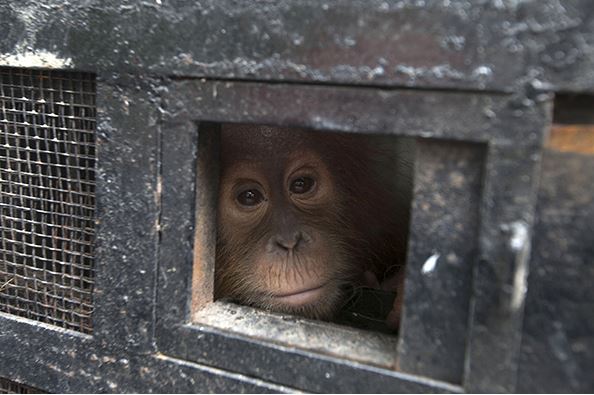 The plan comprises 32 measures to be carried out between now and 2020 by the EU and its 28 member states.  It focuses on three priorities: Prevent trafficking and reduce supply and demand of illegal wildlife products; Enhance implementation of existing rules and combat organized crime more effectively; and Strengthen cooperation between source, destination and transit countries.

The new dimension of wildlife trafficking

Wildlife trafficking is not a new phenomenon, but its scale, nature and impacts have changed considerably in recent years. Poaching has reached unprecedented levels for some species, and the world is currently facing a dramatic surge in wildlife trafficking.

Wildlife trafficking has become one of the most profitable criminal activities worldwide, with devastating effects for biodiversity and negative impact on the rule of law due to its close links with corruption. Its role in financing militia and terrorist groups has been mentioned in the recently proposed EU Action Plan on the fight against terrorist financing. The EU has an important role to play in addressing this traffic, as Europe is currently a destination market, a hub for trafficking in transit to other regions, as well as, for some species, the source region for illegal trade.

On 26 February 2016 the European Commission adopted a Communication on the EU Action Plan against Wildlife Trafficking which sets out a comprehensive blueprint for joined-up efforts to fight wildlife crime inside the EU, and for strengthening the EU's role in the global fight against these illegal activities. The plan has three main strands – greater enforcement, better cooperation, and more effective prevention. The Action Plan is to be implemented jointly by the EU (Commission services, EEAS, Europol, Eurojust) and its Member States until 2020.

Eu in Japan: Commission launches Action Plan to crack down on wildlife trafficking