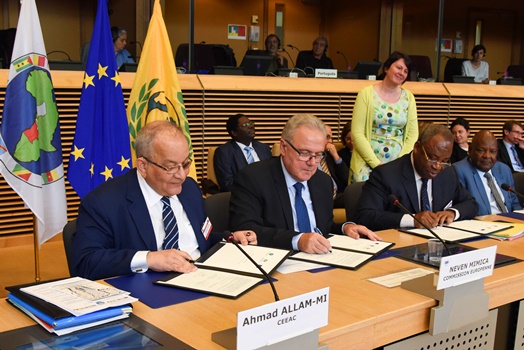 Commissioner for International Cooperation and Development, Neven Mimica, signed the Central Africa Regional Indicative Programme (RIP) of the 11th European Development Fund (EDF) for an amount of €350 million (229 billion CFA) for the period 2014-2020. Commissioner Neven Mimica said: "Regional integration is only viable when driven from within. It is a means to fulfil the policy objectives set out in the Cotonou Agreement, and to build on the achievements which the Economic Community of Central Africa and the Commission for Economic and Monetary Community of Central Africa have already made, in economic and monetary integration, in peace and security, in infrastructure and in environment and natural resources".

The region of Central Africa includes 11 countries: Angola, Burundi, Chad, Equatorial Guinea, Gabon, Cameroon, the Central African Republic, the Democratic Republic of Congo, the Republic of Congo, Rwanda and Sao Tomé and Principe. It has to be noted, however, that Equatorial Guinea never signed the revised Cotonou Agreement, and can therefore not directly benefit from EDF funding. The region has a total population of about 160 million with the Democratic Republic of Congo accounting for nearly half. It is a region rich in natural resources, covering the largest tropical forest area after the Amazon.