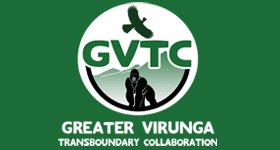 GVTC, Kigali (Rwanda), 18 July 2014 - In the course of the recent months, the Greater Virunga Transboundary Collaboration (GVTC) has reinforced both its partnership and communication with major regional and international institutions working in the field of community conservation, protected areas management and biodiversity. The current press release gives a brief outline of such considerable progress performed by the GVTC Executive Secretariat with the support of the Royal Netherlands and Norway.

Alongside the Doha session, GVTC delegation took actively part in the Third Ministerial Conference of African Countries chaired by Ms Irina Bokova, the UNESCO General Director. During this conference, GVTC mission and activities were presented to the conference participants by Dr Georges Muamba Tshibasu and Ms Therese Musabe, respectively Executive Secretary and Deputy Executive Secretary in charge of Programs at GVTC. In addition, GVTC expertise and values have been associated with the research for improved strategies aimed at strengthening the Sub-Sahara African leadership in the World Heritage Committee.

In Doha, GVTC delegation had a fruitful working session with the World Heritage Centre. This session aimed at finalizing of the terms of reference of the next technical meeting planned in February 2015 in Kampala on how to improve the conservation of the landscape applying the international conventions. The technical meeting supported by UNESCO is expected to give recommendations which can be shared in a larger partners meeting.

Other partnerships are being explored for fundraising for the Transboundary Strategic Plan (TSP) implementation. Dr Georges Muamba Tshibasu, at the request of the ICCN (Institut Congolais pour la Conservation de la Nature) went into Kinshasa for exploratory meetings with potential partner donors from the 29th of June up to 9th July 2014. This mission went in for fundraising towards ICCN donors. Among partners met, there are (i) the European Union for its project on the 11th FED (Fonds Européen de Développement) under the title of for the “Protected Areas and Agriculture”; (ii) the World Bank through the Global Environmental Fund (GEF) and GVTC got the promise of a coming financial support for the GEF on the biodiversity conservation and climate change;(iii) the German Cooperation; ((iv) the United States Embassy in Kinshasa, through its Economic Section, granted an

audience to the GVTC Executive Secretary and outlined its interests to GVTC mission and activities in the three countries namely DRC, Rwanda and Uganda. GVTC will continue to increase its fundraising exploration and the outcomes will be communicated.