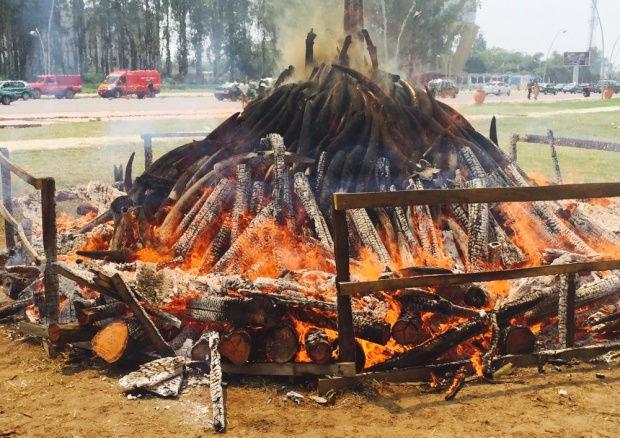 The president of Congo-Brazzaville has set fire to nearly five tonnes of seized elephant ivory at a summit to draw up the first pan-African strategy on wildlife poaching.

Denis Sassou Nguesso held out a long flaming torch to set ablaze the tusks, fuelled by captured illegal timber, then stepped back quickly from the sudden rush of heat. Accompanied by Idriss Déby, the president of Chad, he stood and applauded amid a throng of officials and camera crew.

Organisers of the illegal wildlife trade conference in the capital, Brazzaville, hope the ceremony will send a clear message. “Symbolism matters in these things,” said Anthony Kwaku Ohemeng-Boamah, country representative of the UN Development Programme. “It shows this is something the world community abhors. Burning is how most Asian societies dispose of dead bodies.