The CBFP and the Delegate facilitator will visit 5 Congo Basin countries in order to explain the vision and goals of the US 2-year Facilitation of the CBFP.

June 27 – July 19 2013 – The CBFP Facilitator and his Delegate will visit 5 Central African countries: Chad, Democratic Republic of Congo, Congo Brazzaville, and Cameroon. They will meet CBFP partners in the capital city of each of these countries. This visit will enable them to meet civil society stakeholders, including women, youth’s networks and indigenous groups, as well as training and MPs networks. 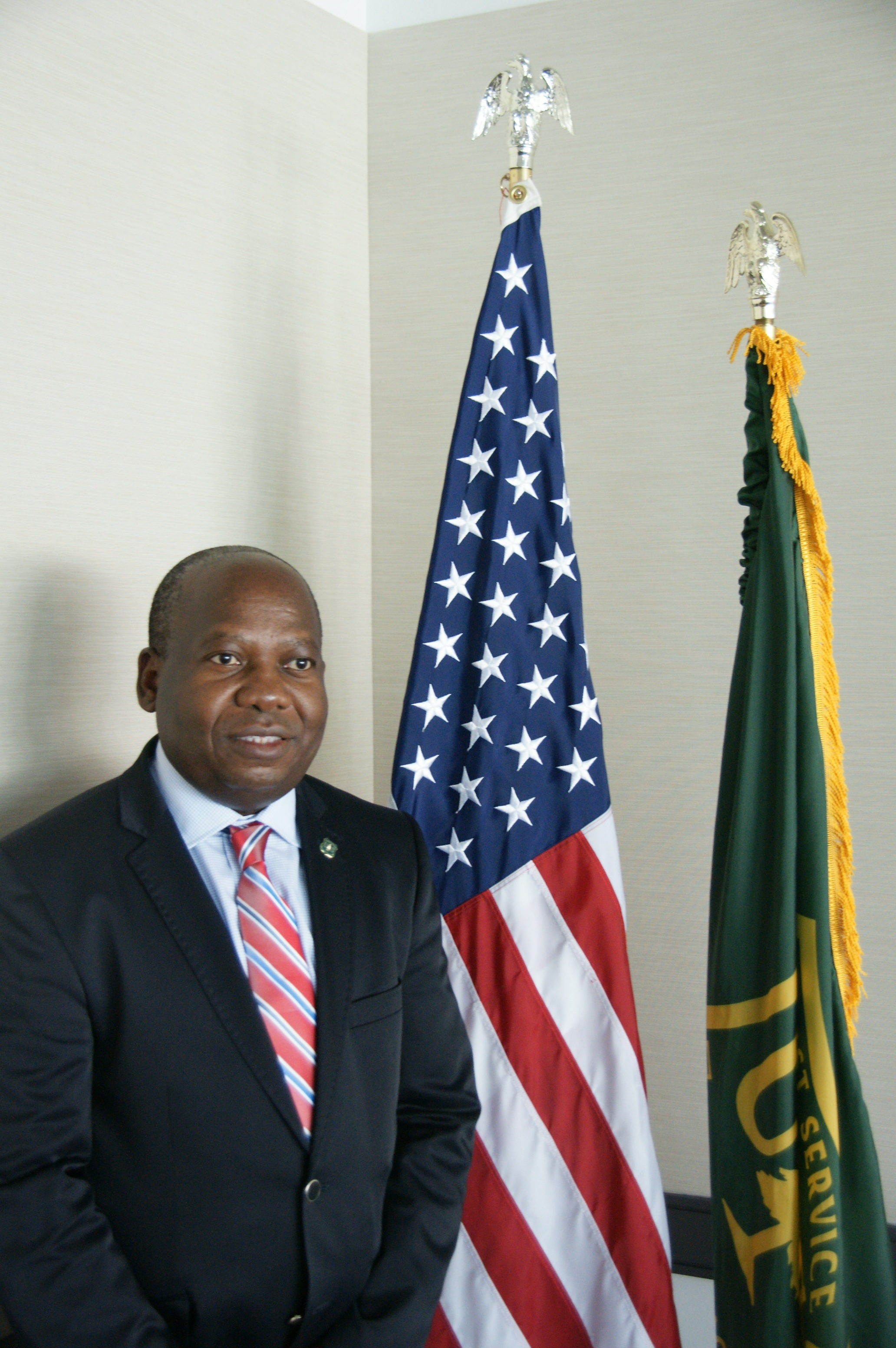 This maiden visit of the US Facilitator with his Delegate in the region aims at engaging local partners by explaining the goals and vision of the Partnership for the next two years under the U.S. leadership (see the road map). „We will explain top line messages including U.S. capacity building efforts in regional institutions, mobilizing action to promote forests and biodiversity sustainable management, supporting efforts to adapt to and combat climate change, promoting increased participation of key stakeholder groups and future leaders, and sharing state-of-the-art information resources for planning and informed decision-making.“ Nature of meetings: the U.S. team will engage partner government officials and civil society groups in the region, with special emphasis on outreach to networks of women, youth and indigenous (rural groups).

Interview of the CBFP Facilitator on VOA Africa 54

Watch the video: Interview of the CBFP Facilitator on VOA Africa 54

Joining us now to explain more about the CBFP is Mathew Casseta, the new CBFP Facilitator.

- Now, first let’s us get some sense of why the US is interested in this area?

- The US was a founding members; Collin Powell led a delegation to the World Summit on Sustainable development back in 2002 in Johannesburg and together with partner governments in the region we felt that a platform that could really coordinate and promote collaboration in the region was needed. As you know, this is a region with a lot of amazing biodiversity, but also some real challenges

- Now, talking about challenges, we’re talking about a region with notorious poor governance and instability. How does the US go about actualizing some of those great ideas in that kind of environment?

- Well, the partnership as a whole is far beyond the US. There are partner organizations and institutions including governments, but also including universities, private sector companies and some really important NGOs that are on the ground executing development projects. So the US really feels that this is an opportunity to improve governance through a variety of different programs including training and providing tools and expanding opportunities for participation and collaboration

- Who do you talk to in some of these countries where you have governments that don’t even control some parts of their territory?

- Absolutely, we actually work with partners on all levels so there are national level institutions in many of the countries, for instance forest ministries, national parks authorities, but also ministries of health, education, and also local communities, provincial governors, actors at a broad array of levels who all are stakeholders in seeing the forests sustainably managed for future generations

- People have a lot of interest in this, including out other powers like China, they are very big in the area and are benefiting a great deal from the resources from the Congo Basin

- Right absolutely. First of all, let’s look at the local stakeholders. I think we have to see that the forests and biodiversity values are really a storehouse of resources, of materials, of food sources, medicinal plants which are all used by local communities and they are very important to local communities. Few would for instance remain the single largest source of energy in most of the Congo Basin region. Other countries also have growing interest in, some of larger states such as China and others, in looking at commodities and how they can access in and gain benefit from the export of raw materials and other resources.

- But realistically, in terms of insecurity in that area, how can the US help to stabilize the area in order for such programs to succeed, because if you have rebels swarming this forest, it won’t help?

- Right, there are security concerns in several areas in the Basin but let’s keep in mind Vincent, this is a vast area spanning ten countries and it’s over five hundred million acres or over two hundred million hectares of land that we are talking about expanding states as diverse as Gabon which has one of the highest standards of living as you know in Sub-Saharan Africa to some of the poorest states, the Central African Republic which has been going through some real difficulties recently. And again the interventions in the projects by the partners being implemented are of such a diverse nature of their everything from village level training to improve fishing and agricultural techniques to training of government officials.

- Thank you very much Mr. Casseta. When you come back how about coming back to tell us about your trip?