The session commenced with a proposal from the African Group on NCBs putting forward a 5-stage process of validation of the implementation of NCBs and methodological guidance that will respect and promote indigenous peoples’ and local communities’ participation in the process.

Bolivia had also put forward a new proposal for text on alternative policy approaches and a joint mitigation and adaptation mechanism for the integral and sustainable management of forests, which many parties felt provided additional clarity to moving this issue forward.

Substantive discussions kicked off on the Day 2 with a focus on NCBs, perhaps considered as the low hanging fruit with the greatest potential for an outcome.

Building on the proposal by the African Group some draft text was put forward and was well received by Parties. The text basically sought to set up a system that incentivizes countries to voluntarily build NCBs into their REDD+ project planning from its very early stages and that NCBs be linked to the provision of ex ante finance.

As the negotiations continued into the following day the pressure was on to have the work completed by 9 June and all indications were that some progress was being made.

Discussions in the corridors suggested that there might be scope for development of further guidance on safeguards along the lines of indicative elements including such things as governance frameworks, institutional arrangements, and grievance and redress mechanisms.

New proposed text was put forward by Bolivia on Day 4 to address the non-market-based approaches and JMA mechanism. 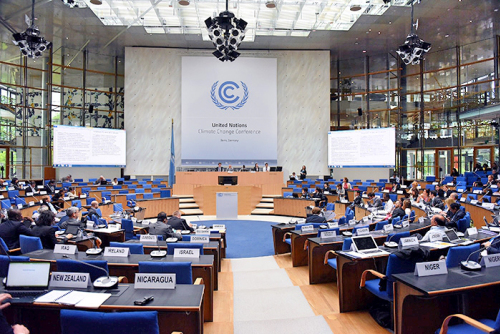 The new text provided by Bolivia was welcomed by Parties and accepted as the basis for negotiations. The text provided a basic framework that recognized joint mitigation and adaptation approaches as non-market approaches, set out several methodological aspects such as development of national plans or strategies to support mitigation and adaptation linkages, provision of ex-ante finance, and evaluation based on national circumstances.

It proposed that information concerning JMA projects or programmes would be added to the UNFCCC website and that funding for countries that want to implement such a mechanism would be available via the Green Climate Fund. Negotiations continued into the night with a mandate to work until 10pm, as parties continued to make sure that the REDD+ agenda item developed in Bali in 2007 would be completed here in Bonn.

During Day 5, the negotiations turned attention to safeguards and non-carbon benefits.

Indications in the corridors seemed that the African Group proposal on NCBs was unlikely to succeed. The Safeguards discussion went well into the evening working on a proposed compromise text that had been produced during the afternoon.

The text looks promising and indications around the venue were that an agreement on Safeguards was a possibility. The new text proposes that the further guidance be characterized in the form of either indicative elements or indicative guidance concerning information on national circumstances, information concerning institutions, and how the safeguards were being addressed and respected. Concerns continued to be raised, however, that reference to a participatory approach remained a missing item that should be included.

Some participants in the conference began to express concerns to say that it might be better to not complete discussion on this matter in Bonn and put the discussion back on the table after the COP meeting in Paris. However, Parties remained very keen to see the agenda item finished and political certainty in place in the lead up to the new agreement to be reached in Paris.

Friday morning commenced with a very short open session and it was clear that there was more urgent work to be done. The Parties went back into negotiations in an effort to meet the impending deadline for completion.  The pressure was on. 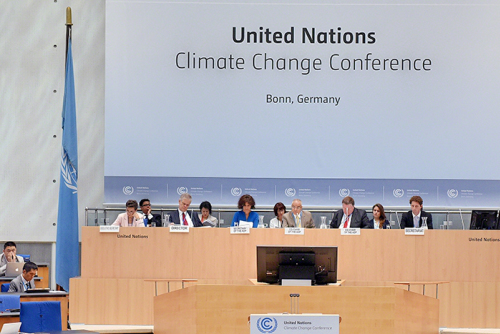 By Friday night, negotiators were sure they are making ‘progress’. During the weekend new draft text was uploaded to the UNFCCC website and was proposed to cover each of the three items – safeguards, NCBs, and alternative policy approaches, with proposed decisions on each item to be made in Paris at COP 21.

On the proposed Safeguards text, disappointment was expressed by many in the NGO community that the draft decision did not include information on ‘how’ the summary was to be prepared, nor did it include guidance on a participatory approach.