The Bushmeat Research Initiative (BRI) was established in 2011 as an integral part of the CGIAR Research Program on Forests, Trees and Agroforestry.

The Bushmeat Research Initiative (BRI) was established in 2011 as an integral part of the CGIAR Research Program on Forests, Trees and Agroforestry. 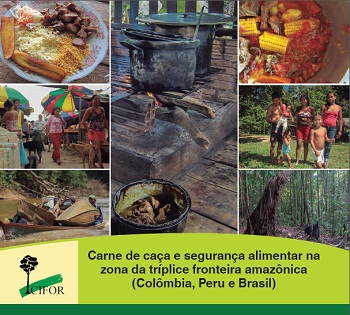 the patterns and sustainability of bushmeat harvesting, consumption and marketing in tropical forests across Asia, Africa and Latin America. CIFOR has also been instrumental in the Convention on Biological Diversity (CBD) Liaison Group on Bushmeat whose recommendations have been adopted by the Conference of Parties. This previous work has influenced wildlife conservation and policy decision-making at the local, regional and national levels, and have contributed to diverse initiatives of agencies, institutions and other conservation practitioners including the creation of the Collaborative Partnership on Wildlife Management.

Nevertheless, one of the main limitations of establishing comparative analytical studies is the lack of mechanisms and networks for data exchange and sharing among experts. Much of the existing data is not open-access and is generally owned by individual researchers and private conservation groups. Given the current fragmented understanding of the ecological, socio-economic and cultural dimensions of the bushmeat harvest, enhanced technical information is crucial to understanding the inter-dynamics between hunters, game species and the provisioning of ecosystem services. Bushmeat also has the potential to enhance or constrain adaptive responses to socio-environmental change (climate change, urbanization and land use change).

2014 - A crispy delicacy: Augosoma Beetle as alternative source of protein in East Cameroon