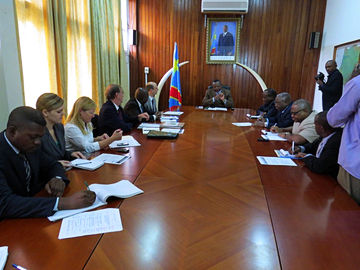 Kinshasa, 3-8 July 2013: The new CBFP Facilitator, Mr. Matthew Cassetta along with members of the United States Facilitation team, visited Kinshasa from 3 to 8 July 2013 while in the Democratic Republic of Congo. This multi-stakeholder consultation was part of a sub-regional tour of the United States CBFP Facilitation Team, which began in the Republic of Chad, which currently holds the rotating Presidency of COMIFAC.  The team also paid a visit to the COMIFAC Executive Secretariat in Yaounde, Cameroon. 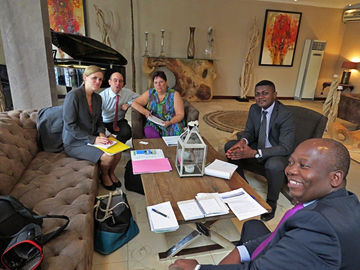 The DRC tour aimed to present the roadmap of the American CBFP facilitation to local DRC partners, in order to gather their views to strengthen the roadmap. 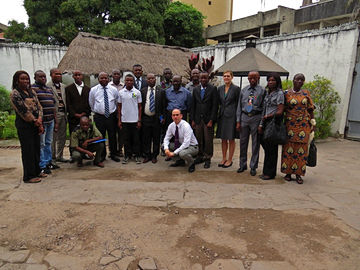 A key meeting was held at the IUCN headquarters in Kinshasa, with representatives of civil society in general and of youth, women and indigenous peoples. The meeting had two major highlights: presentation of the roadmap and identification of issues that will help enrich the CBFP Roadmap. 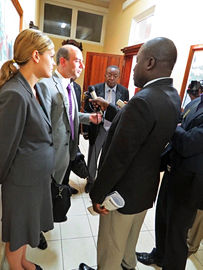 For this purpose, exchanges at this key civil society meeting were built around three main issues, namely:

♦ What opportunities are there for organizations to seek synergy with CBFP for better coordination and project implementation?

♦ What are the tools and information needed to better manage projects on the ground?

♦ How can the United States Facilitation better give a voice to key stakeholder groups – youth, women and local communities?

During enriching discussions on these issues, participants made innovative suggestions, the most prominent being that of making CBFP’s communication platform a showcase for information exchange and sharing of "success stories" of projects implemented by civil society players in rural areas.

The meeting was an opportunity for participants to provide feedback to the plans of the United States CBFP Facilitation. 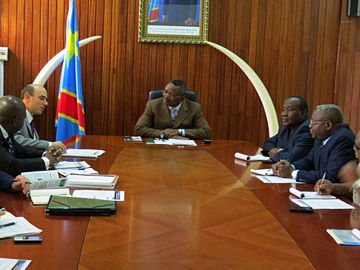 The U.S. facilitation team had a constructive meeting with His Excellency Bavon Mputu Elima, the Minister of the Environment, Nature Conservation and Tourism, Mr Vincent Kasulu, General Secretary,  and Mr. Sébastien Malele, the Director of the Department of inventories and forest management. The discussion focused on conservation challenges in the sub region and forestry projects underway in different provinces of the DRC.

Finally, the facilitation team met with some representatives of partner governments, international NGOs, OSFAC, a private sector timber association and other organizations active in the DRC environment sector. 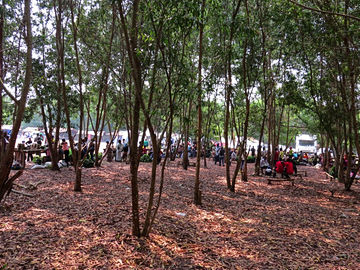 The CBFP Facilitation team spoke with stakeholders and actors of Ibi village on the issue of energy sources and agroforestry innovation, and took part in a roundtable session on environmental education involving the youth in DRC universities. 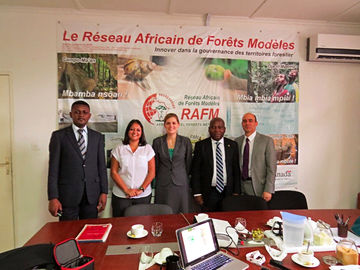 The U.S. Facilitation continued on from 9 to 18 July 2013 to Congo Brazzaville, Gabon and Cameroon.